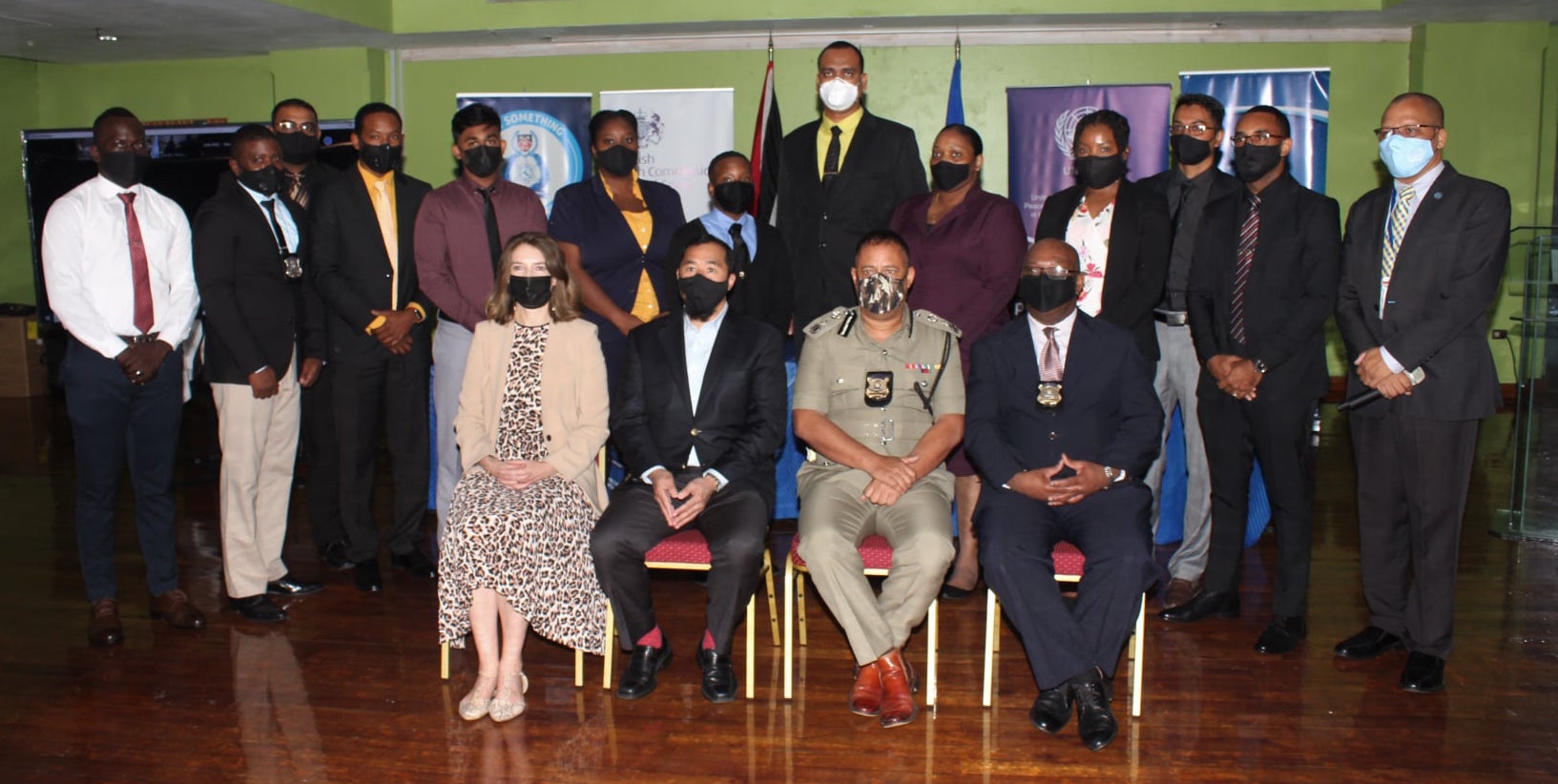 Car thieves and dealers in stolen car parts may now have to think twice about filing off the serial numbers from engines and chassis, as the Stolen Vehicles Squad now has new investigative tools in its arsenal.

An officer from the Squad was among 12 officers from the Trinidad and Tobago Police Service (TTPS) and the National Security Training Agency, who successfully completed a United Nations Regional Centre for Peace, Disarmament and Development in Latin America and the Caribbean (UNLIREC) Serial Number Restoration Course, which was held between 16th March, 2021 and 19th March, 2021.

The officers received their course certificates at a ceremony held at the Police Administration Building, Port of Spain, today, Monday 29th March, 2021.

Speaking at the ceremony, British High Commissioner, Her Excellency Harriet Cross, said she was thrilled to hear that the methodologies which were traditionally used to recover serial numbers from firearms, were also being adapted to help in the detection of vehicle larcenies and illegal car parts trade. Her Excellency Cross also acknowledged the sacrifices made by the officers to complete the course via a virtual delivery format. 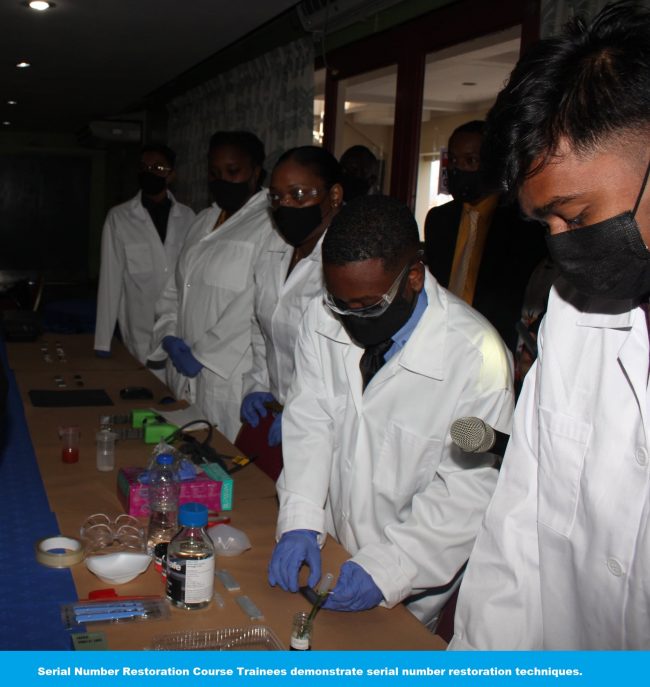 National Security Minister Stuart Young also lauded the innovative use of the training material saying that it ensured that local law enforcement was not operating within silos with regard to their knowledge, skills and intelligence. He said the State had a vested interest in ensuring investigators were properly trained in this area of forensics and it was now up to the officers to do their part and solve the crimes.

Also addressing the ceremony, was Commissioner of Police, Gary Griffith, who noted that the training was timely, as the TTPS continues to take firearms and ammunition off the streets daily. He said with 172 firearms being either found or seized to date for 2021, the illegal trade in guns remains strong and the TTPS was committed to putting a dent in these operations. Commissioner Griffith also said he was looking forward to Trinidad and Tobago achieving its goals and objectives associated with the Caribbean Firearms Roadmap Initiative.

Meanwhile, UNLIREC Director Melanie Regimbal, praised the trainees and the local authorities for their ongoing commitment to putting the knowledge they gained in the training to use in their investigations already, with positive results.
At the end of the ceremony, Minister Young, Her Excellency Cross, and Commissioner Griffith were shown a demonstration on serial number restoration by the trainees.