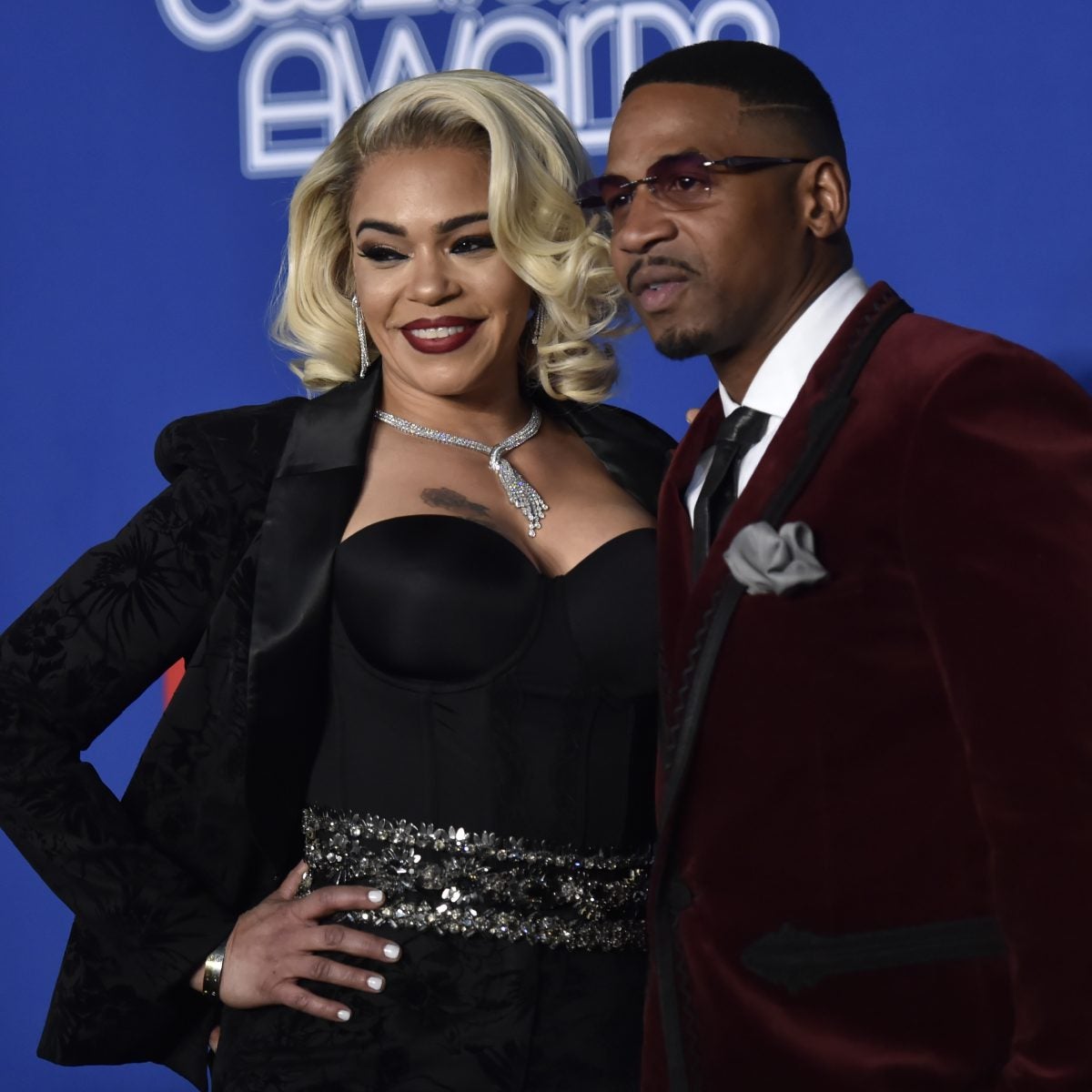 Stevie J has issued a public apology to his wife Faith Evans for “talking crazy” to her in a viral video of them sparring over her alleged infidelity.

“I’d like to make this video for my wife. A video was released last week that showed talking crazy to my wife. Publicly humiliate my wife,” he said In his apology video shared Wednesday on social media.
“I’d like to apologize and say sorry that I even allowed someone to come into my home and steal a computer and be able to do that to us,” said Stevie J, real name Steven Jordan. “You’re an amazing person. I’d like to apologize to your family, they don’t deserve that either. No, she ain’t cheat. I was just in the moment — you know how us guys do. I’d like to take the time to apologize to you, Faith, and let you know I love you. I’m here for you, always,” .

Evans has not publicly responded to her husband’s apology.
The video comes weeks after the music producer filed for divorce from his R&B singer/songwriter wife.

The couple stunned fans when a clip surfaced last week showing the Grammy-winning music producer repeatedly calling his wife a b— and accusing her of infidelity.
The video was apparently recorded by Jordan and reposted online by The Neighborhood Talk. In the clip, as Evans lays down in the bed with covers over her head, Jordan repeatedly accuses her of cheating on him.
“You f—- n—- in my own house. F— you, b—-,” Jordan says. Evans tries to ignore him, but he continues to call her a b—, adding, “How could you disrespect me, though? I ain’t do nothing to you. All I did was love you.”
As Jordan puts the camera closer towards Evans and pulls the sheets off of her, she says, “Get your hands off of me!”

Jordan and Evans, who married in 2018, have been plagued by rumors of Evans cheating since 2019. Jordan even accused her of cheating in a tweet: “Found out that NO woman is faithful. Knew that & it’s a blessing to know,” he wrote. However, he later said his account was hacked.
“My twitter & IG was hacked last night while I was on the plane,” Jordan wrote. “My wife is the love of my life & my best friend. Whoever hacked me, you not only hurt me but my entire family.”
This past April, Jordan’s ex-girlfriend Joseline Hernandez called out Evans in the comment section of OnSite’s Instagram page, saying she was unfaithful.
“B—h you a h–, your own husband told me and my husband last week you cheated on him with young n—- and you do all the time,” Hernandez wrote.