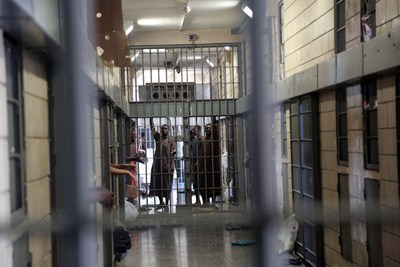 Expedited trials and special bail are just a few of the things being sought on behalf of remand prisoners, who have been awaiting trial for more than five years for murder.

Now, in a bid to stop these lengthy waits from reoccurring, the University of the West Indies Faculty of Law’s Human Rights Clinic has filed a landmark lawsuit against the State on behalf of seven Remand Yard inmates.

The lawsuit, which was announced on Monday, was actually filed earlier this month and revealed via a GML report.

According to Cowles, Albert and Henry have been awaiting trial for almost 18 years; the Ramlals and Loubon for 14 years and it is between seven and eight years for Seepersad and St Louis.

Cowles claimed their outstanding trials were delayed due to multiple issues, including lengthy preliminary inquires, delays in the Office of the Director of Public Prosecutions (DPP) filing indictments after preliminary inquires, legal aid attorneys withdrawing from cases and the backlog of cases within the criminal justice system.

Cowles also highlighted the problems within the remand facilities at the Golden Grove Prison in Arouca, where the group is detained.

The lawsuit is the result of a partnership between the clinic and the European Union. The focus is on domestic violence cases.