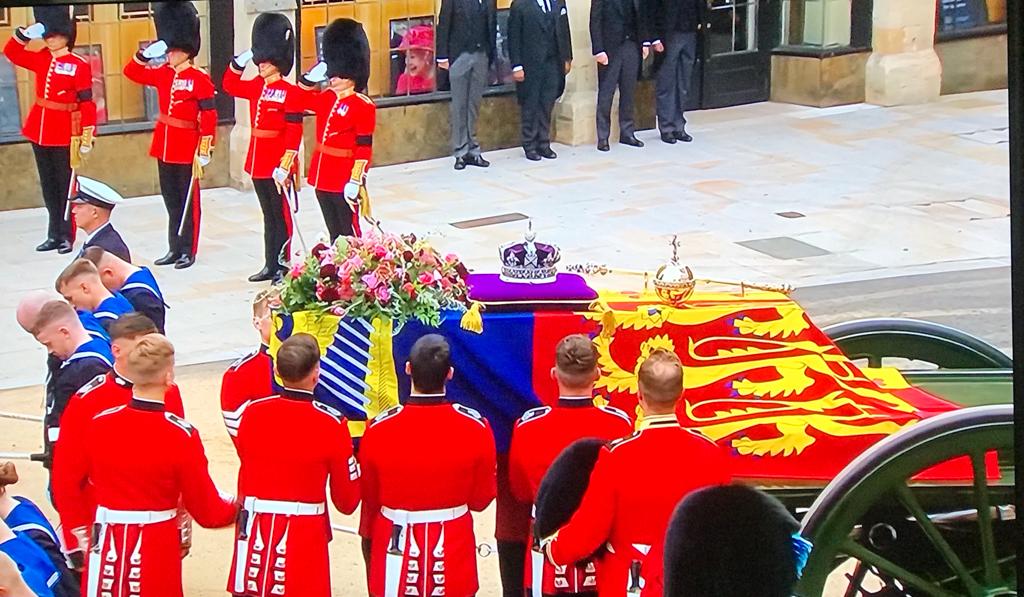 The funeral service for Queen Elizabeth II was held at Westminster Abbey – the building in which she was married, and crowned Queen.

During his sermon, the Archbishop of Canterbury said the late Queen touched “a multitude of lives” during her 70 year reign.

Her coffin, draped in flags and topped by the Imperial State Crown, was drawn to the church on a gun carriage by Royal Navy sailors.

Hundreds of dignitaries are there, including the Queen’s former prime ministers as well as US President Biden and French President Macron.

The Queen’s coffin will take its final journey through London and on to Windsor Castle for a second service.