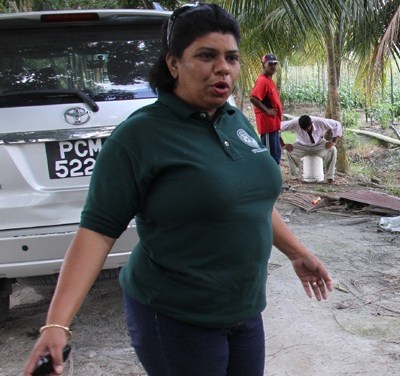 President of the Agricultural Society of Trinidad and Tobago, Dhano Sookoo shared her sentiments on Power 102’s Power Breakfast Show this morning. She was responding to the issue of flooding that occurred across the country, particularly in Tobago during the passage of Tropical Storm Karen. Dhano said that the wetlands and swampy areas were being back-filled in order to construct developments. But she noted that those areas existed for a purpose. As a result, when it rains, as excessively as it has these past few weeks, the water runoff causes flooding in those areas that were originally swamp lands.

Dhano took it a step further stating that there are individuals in the country who could change the way things are, but are not encouraged to do so. She believes that politics plays a major role in whether or not those authority figures make those decisions.

Bus Plunges Off Bridge in Brazil, Killing at Least 16 0