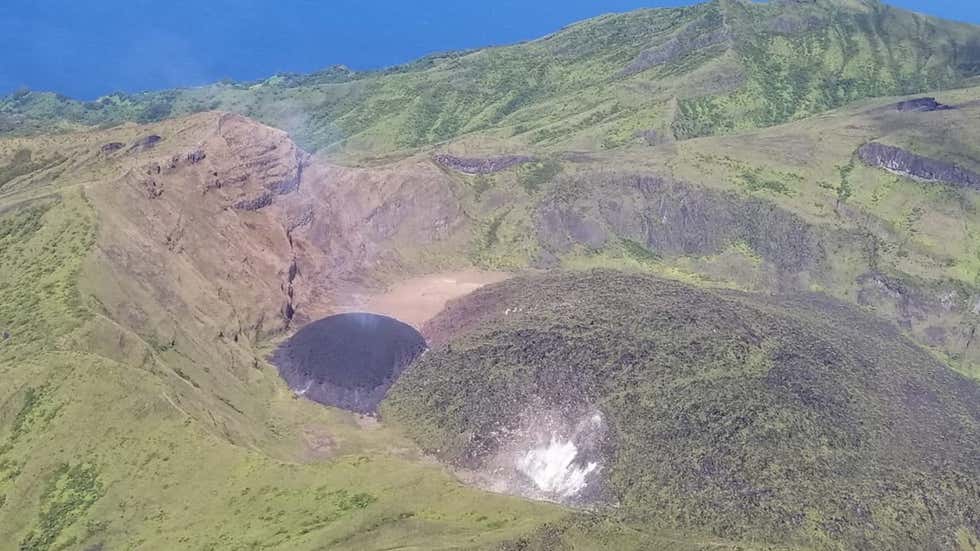 Residents of the eastern Caribbean island chain of St. Vincent and the Grenadines were warned on Wednesday to be on alert after a volcano, dormant for decades, came back to life.

Scientists are keeping a close watch on two volcanoes in the eastern Caribbean that have been quiet for decades.

Lava began oozing out of La Soufrière volcano in St. Vincent and the Grenadines on December 29th.

Scientists with the Seismic Research Center at the University of the West Indies said there was no explosive eruption. Instead, the magma reaching the surface is forming a growing dome in La Soufrière’s crater. The volcano is also releasing gas and steam.

The alert level on the northern end of the island of St. Vincent, where La Soufrière sits, has been raised to orange, which means an eruption could occur with less than 24 hours’ notice.

However, no evacuations have been ordered, according to the country’s National Emergency Management Organization.

People living near the volcano could experience strong sulfur smells for several days or weeks, the Seismic Research Center said.

About 100 miles to the north, Mt. Pelée on the French island of Martinique also is rumbling.

On December 3rd, officials with the Martinique volcano-logical and seismological observatory advised raising the alert level to yellow after detecting seismic activity under the mountain, according to a news release from the observatory.

An increase in seismic activity since April 2019 and the detection of two tremors on Nov. 8 and 9 led the observatory to recommend raising the alert level, which the government did.

It was the first alert of its kind issued since the volcano last erupted in 1932. An eruption in 1902 killed nearly 30,000 people and destroyed the port of Saint-Pierre, according to Encyclopaedia Britannica.

Volcanologist Erik Klemetti, at Denison University in Ohio, told the Associated Press the activity at Mt. Pelée and La Soufrière is not related.

“It’s not like one volcano starts erupting that others will,” he said. “It falls into the category of coincidence.”