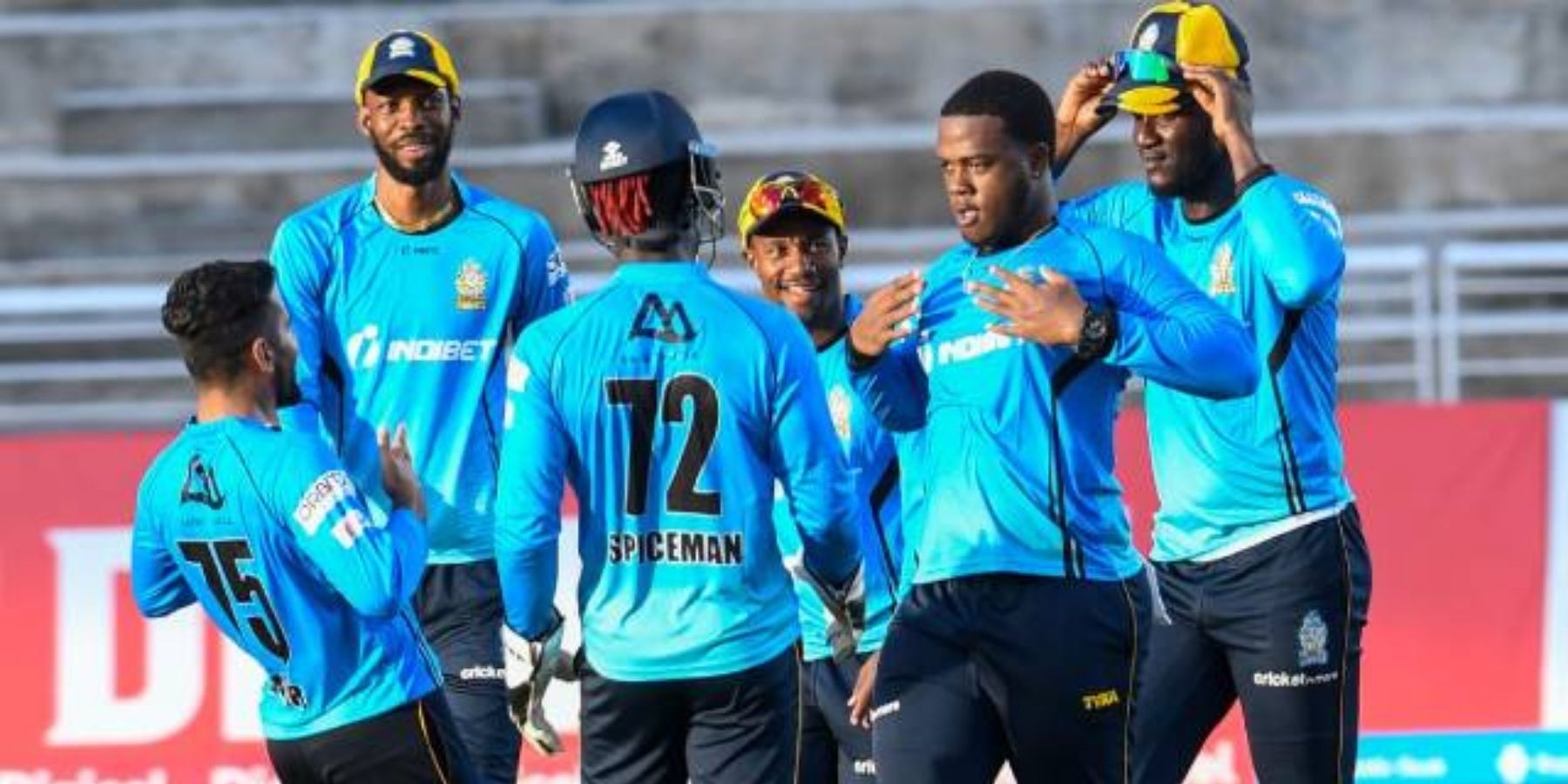 Two nights after conceding 255 in a massive season-opening defeat, St Lucia Kings bounced back to put it past defending champions Trinbago Knight Riders on a tricky two-paced surface.

The game was alive until the final over of the second innings. First, it was the Kieron Pollard threat they had to see off, which they did when he holed out to Alzarri Joseph at wide long-on after the pair had been involved in banter that occasionally got heated.

Then, they had to overcome Tim Seifert’s late onslaught that turned around the requirement of 56 in 21 balls to 14 off the final over. The New Zealand wicketkeeper got stuck in to Keemo Paul, hitting him for two fours and two sixes in a penultimate over that went for 19 to entertain hopes of a coup.

Wahab Riaz, who conceded 61 off three wicketless overs two nights ago, then held his nerve after being hit for a boundary off the very first ball; the Kings winning by five runs after Seifert failed to hit a six he needed off the final delivery. The loss will particularly hurt because the Knight Riders only lost three wickets.

It was only their third win in 17 meetings against the Knight Riders, one they’ll have to thank Tim David and Roston Chase for.

David, the Singaporean batter who impressed with a CPL debut half-century two nights ago, once again came into his own. He turned around a floundering innings with a quick fire 32-ball 43. His 68-run stand with Chase, who held the innings together to make 30 not out at No. 4, provided the Kings some middle-overs cushion that set up their finish.

It was a key moment because the Kings looked like they would get much below the 157 they finished with, after Ravi Rampaul and left-arm spinner Akeal Hosein used the slowness of the surface to weave a web around the batters.

Rampaul thrived with his cutters, split-finger slower ones and cross-seam deliveries that brought him figures of 3 for 29. This applied the brakes on the Kings innings after Rahkeem Cornwall and Andre Fletcher put together a half-century stand at the top.

The Knight Riders started slowly on the face of a slow surface, looking to set themselves up for a big second half as Colin Munro and Lendl Simmons struggled. Chase followed Akeal Hosein’s template from earlier in the day by slowing it down and extracting sharp turn and bounce off a length to keep things right, conceding only 17 off his four overs to escalate the asking rate.

Yet, the Knight Riders may have given themselves a chance going into the last five off which they needed 62. But Pollard’s wicket and Munro’s struggle – he finished unbeaten on 40 off 47 balls – turned the tide as the Kings held their nerve to pull off a stunning win.

Body of a man found in Carapo 0