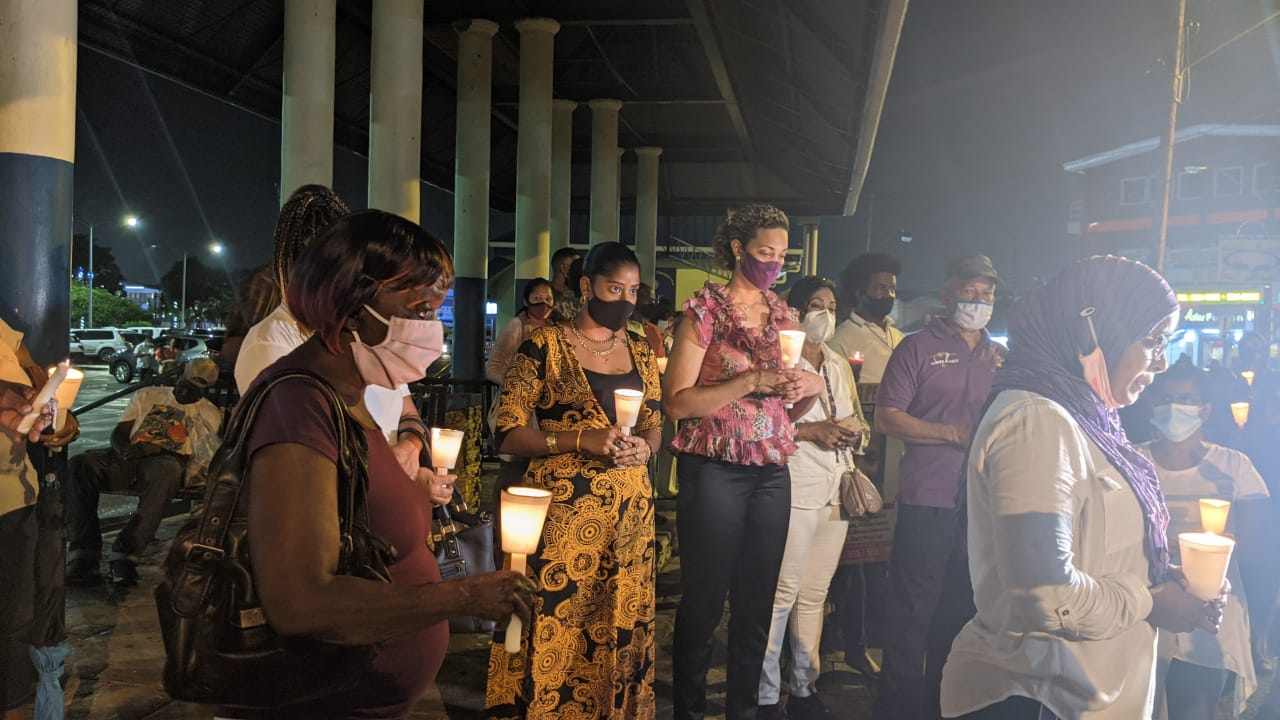 MP for St Augustine, Ms. Khadijah Ameen is condemning the statement by the Prime Minister and PNM, that the spike in the Covid19 virus was caused by the numerous candle lights vigils held for missing and murdered women in T&T. This, she asserted, was one of the lowest the PNM had sunk to blame everyone and anything else on the spike in Covid19 numbers.

In a statement issued this afternoon, Ms. Ameen said “that when these peaceful prayer vigils were held, they were done so with the permission and in full view of the TTPS, thereby ensuring that the participants abided by the safety protocols.

These demonstrations were not superficial, arm-wrestling and DJ-ing events but a clarion call from the citizens for government to do more to protect our women and girls from abduction, rapes and murders which ought to be taken very seriously.”

She surmised that it was disingenuous for the Prime Minister to make such an odious claim since his infamous “Tobago is the place to be” invitation signaled to the population that it was okay to move and socialize freely. If indeed there truly was a spike caused by the vigils as the PM claimed, then how could he have encouraged citizens to holiday in Tobago, if he knew the situation was dire? She pointed out that the government’s own statistics showed that after the Easter weekend there was a steady increase in the number of persons testing positive.”

Ms. Ameen is urging Dr. Rowley to work with all stakeholders in the fight against the Covid 19 in T&T, saying “the government needs to set aside its false pride and ego and allow the opposition and other stakeholders to assist them in making decisions that is best of
Trinidad and Tobago.”