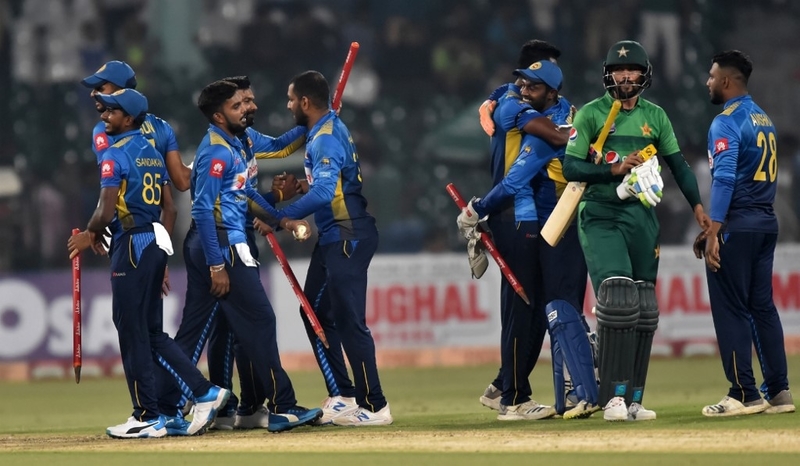 Sri Lanka beat Pakistan by 35 runs to win the second Twenty20 international in Lahore on Monday, taking an unassailable 2-0 lead in the three-match series.

Bhanuka Rajapaksa struck an aggressive maiden international half-century as Sri Lanka made 182-6 before spinner Wanindu Hasaranga took 3-38 to help bowl Pakistan out for 147 in 19 overs.

Rajapaksa blasted 77 off 48 balls in an innings featuring six sixes and four fours after Sri Lanka won the toss and batted first.

Sri Lanka, who won the first match by 67 runs on Saturday, also in Lahore, has won a T20 series against Pakistan for the first time in seven attempts.

The final match takes place at the same venue on Wednesday.