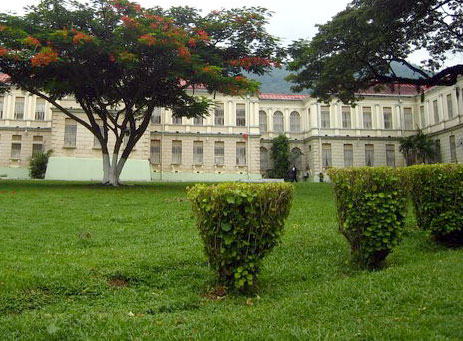 A woman of no fixed place of abode was sent to the St. Ann’s Psychiatric Hospital for an evaluation after appearing virtually before an Arima Magistrate today charged with malicious damage.

She is expected to reappear before the court on March 11th, 2021.

She was arrested and charged by PC Roopchan of the Arima Municipal Police following a report of disturbance which occurred in the vicinity of the Arima Public Market on February 24th.

According to the victim, a woman took up a stone and bashed the tailgate glass of his white Nissan wingroad wagon which was parked along Pro Queen Street, Arima.

When Police Officers arrived at the location, they spotted a woman who matched the description of the suspect some meters away from the scene.

Municipal Police Officers approached the woman and ordered her to stop.

The woman, however, reportedly threatened the police officers and began ignoring the officers’ instructions.

PC Roopchan, with the assistance of the other Municipal Police Officers, subdued the woman and conveyed her to the Arima Municipal Police Station where she was positively identified by the victim.

Further enquiries revealed that the man’s tailgate glass, estimated at $1,500, was destroyed.

The woman was subsequently charged for the offence and appeared in court today.

During the virtual hearing, however, the accused began spitting on the police officers and was ordered to undergo a mental assessment at the St. Ann’s Psychiatric Hospital.

Hinds fires back at Tony Deyal in FB post 0