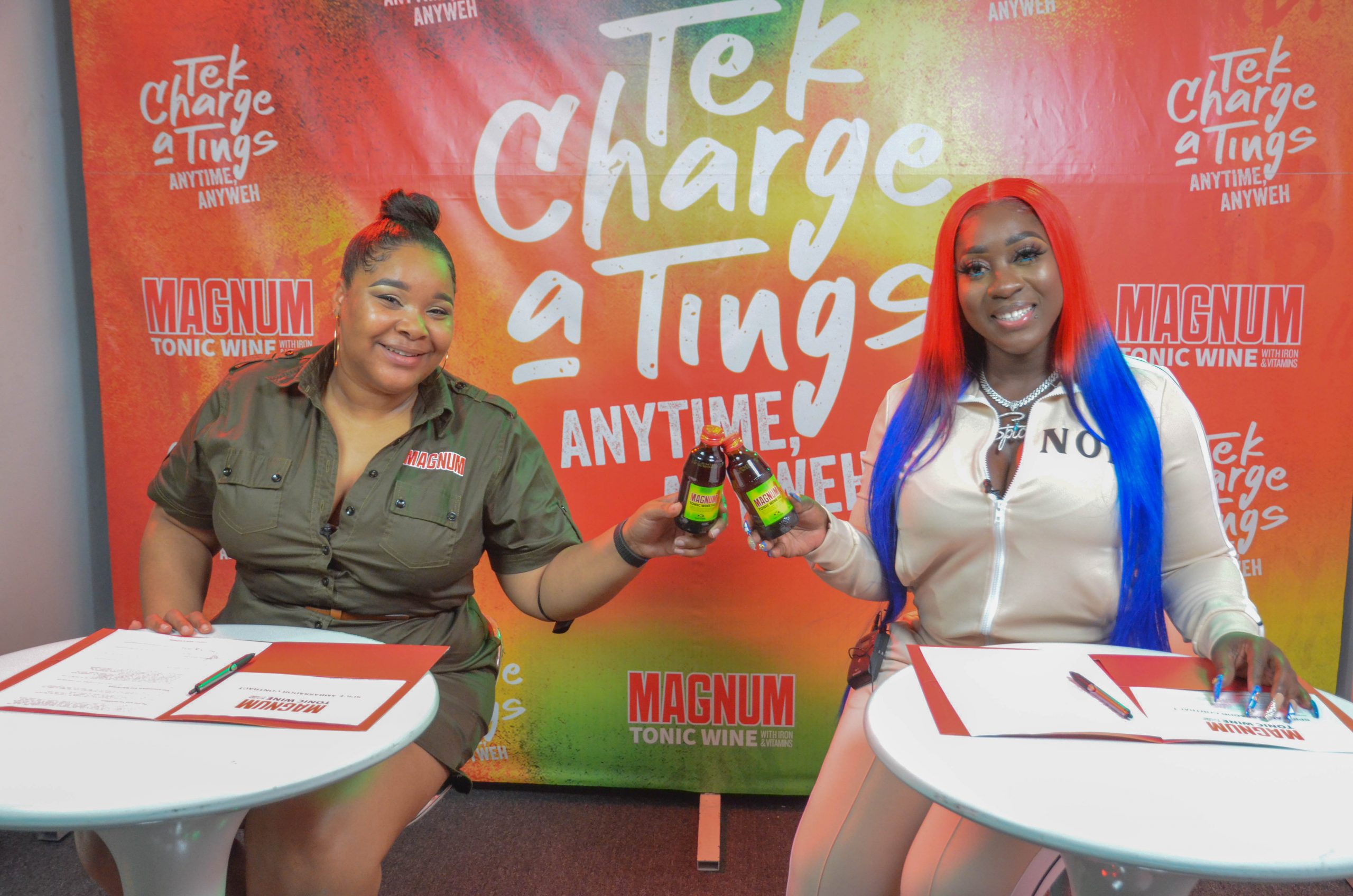 The “Queen of the Dancehall,” Spice, has added another year as a regional ambassador for Magnum Tonic Wine, to her list of achievements.

The drink of the dancehall concretised its bond with Spice by re-signing the mutually beneficial partnership between both parties.

Spice, otherwise known as Grace Hamilton, was beaming with excitement, saying she is anticipating another year of great things and a continued long-term relationship. “I am truly elated as both Magnum Tonic Wine and the Spice brand sees the value of our partnership and the versatility that Spice brings to the table. They have been so impressed with the results that they have decided to re-sign. I look forward to a fruitful and long-lasting relationship,” she said.

Magnum Tonic Wine champions itself as the drink of dancehall through its direct devotion to the genre. Similarly, Spice’s alignment with the brand has seen entertainment and dancehall representation in all its facets. There have been a series of partnerships from the artiste’s music videos to charity collaborations, Magnum Xplosion concerts and Magnum Spice It Up, a popular entertainment talk show that covers issues relevant to the public. 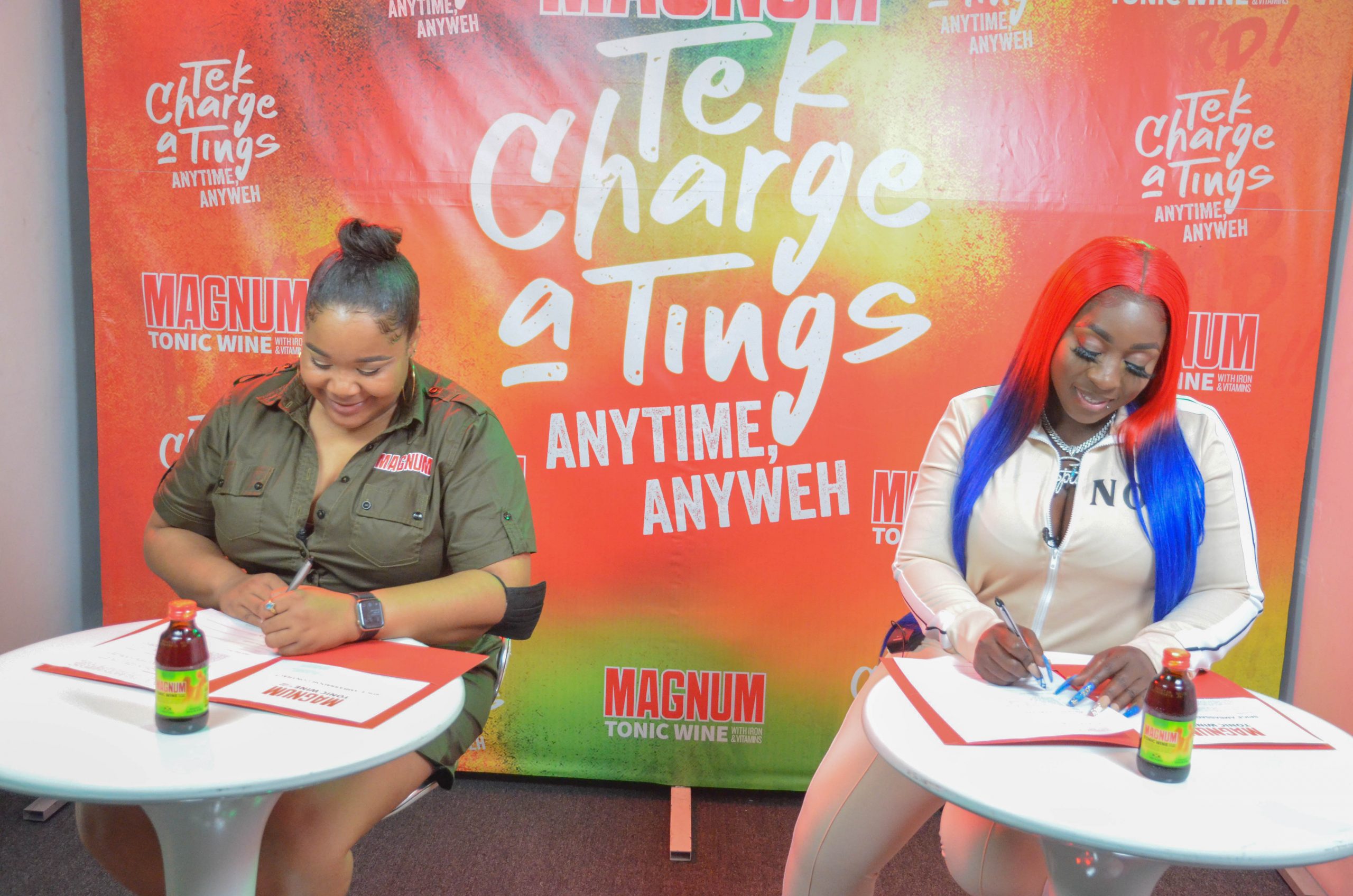 At the re-signing, Spice also announced a Magnum Dance Challenge to her hit single ‘Go Down Deh’ where the winners will receive one million Jamaican dollars in cash and prizes.
This will mark the first activity of the renewed brand partnership among others.

“There is always something fun to look forward to in any collaboration with Magnum. The first to come is a social media dance challenge to my latest hit song ‘Go Down Deh’ where winners will receive a share of one million Jamaican dollars courtesy of Magnum. Also, there will be frequent appearances on social media with Ding Dong, the other Mangum Ambassador; so definitely can look out for that. We have a summer jingle coming up, Magnum Spice it Up Season Three, a reality show called Making Team Spice, and of course my birthday celebration where I will be giving back,” Spice shared.

The brand’s Regional Marketing Manager for the Caribbean, Kamal Powell, expressed his delight at the collaboration and hints at upcoming projects that the brand will bring to life. “We are excited to renew this partnership with the Queen of Dancehall herself Spice as she has contributed greatly to the Dancehall industry and we recognize her efforts. It is truly a pleasure working with her and I can’t wait for the projects that we will embark on in the future,” Powell said.

Spice, through her partnership with Magnum Tonic Wine, promises that this year will be filled with a plethora of exciting activations that will keep fans all over the region occupied and entertained. 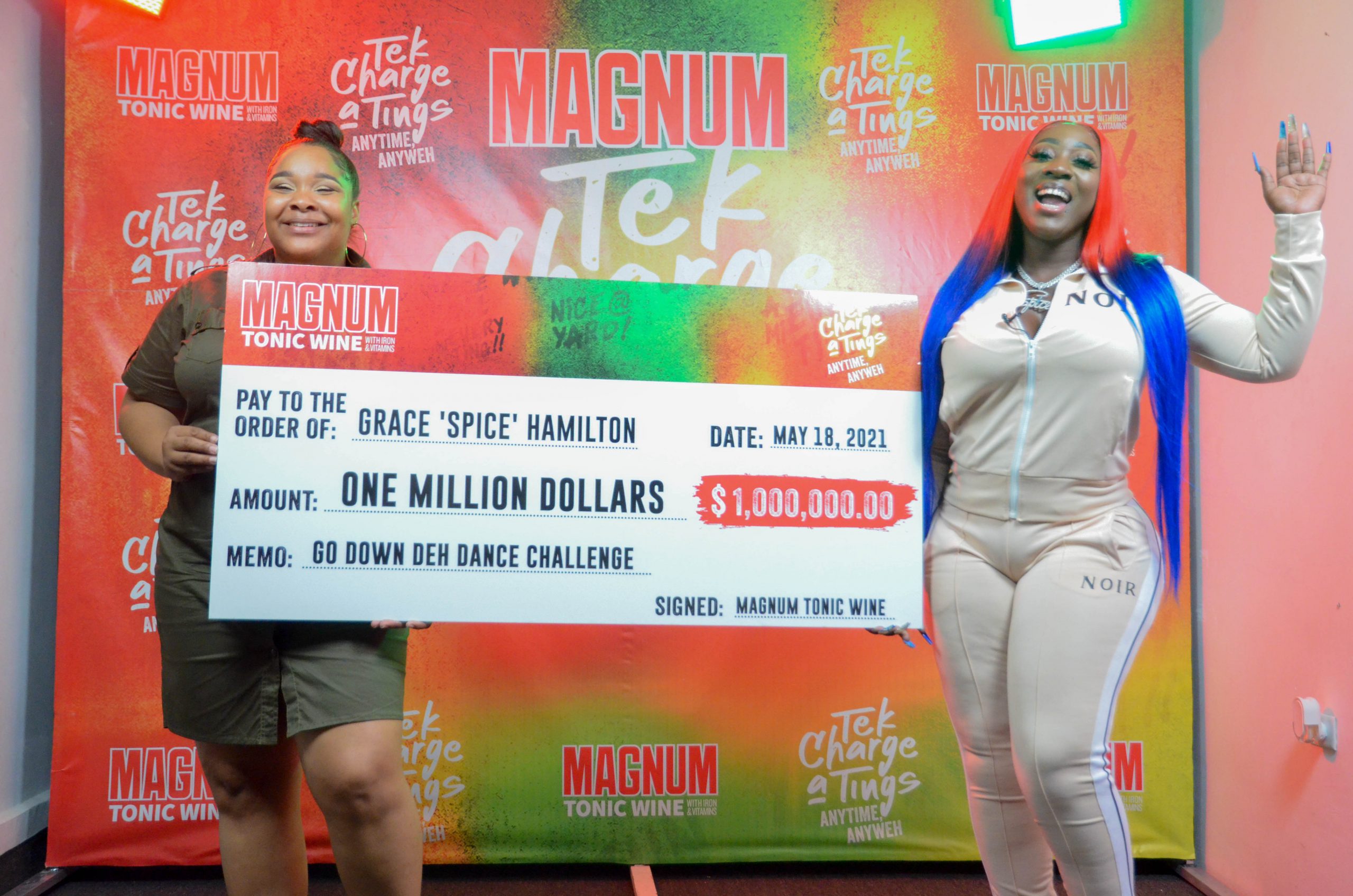 The Magnum ‘Go Down Deh’ dance challenge will last for two weeks and be hosted on the digital pages of Magnum Tonic Wine and Spice. Contestants aged 18 years or older in the Caribbean, should submit their videos incorporating the ‘Go Down Deh’ dance moves and Magnum into their entries. The breakdown of the million-dollar prize, is as follows:
• 1st place- $500,000
• 2nd place- $300,000
• 3rd place- $200,000

Spice said she is ecstatic about the song and its popularity on the charts. “A lot of effort went into this song and I’m very excited about how it’s doing so far. The song is vibrant so I want to see some brilliant entries and I can only tell the dancers to do their best and bring it. Who knows you just might make Team Spice if you go hard enough,” she said.

‘Go Down Deh’ was premiered three weeks ago on May 1, 2021. On the track is Spice featuring recording artistes Shaggy and Sean Paul. The song is currently ranked number eleven on Trending Music for YouTube and has surpassed nine million views.

Man murdered at his Maraval home 0