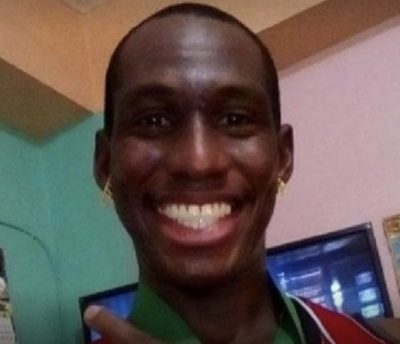 Trinidad and Tobago Special Olympics athlete Sean Gibson has been found dead. Police suspect he was murdered. The body of the 34 year old Special Olympian was discovered at around 8:15am by a vendor who went to set up his stall in Woodland along the M2 Link road.
More as information comes to hand.

The face of the gold medallist and former football captain appeared to have been bashed in, police said. Amid a flood of tears, Candice Gibson, sister of the murdered Special Olympian, shared the family’s hurt and pain in an interview with the Express yesterday.