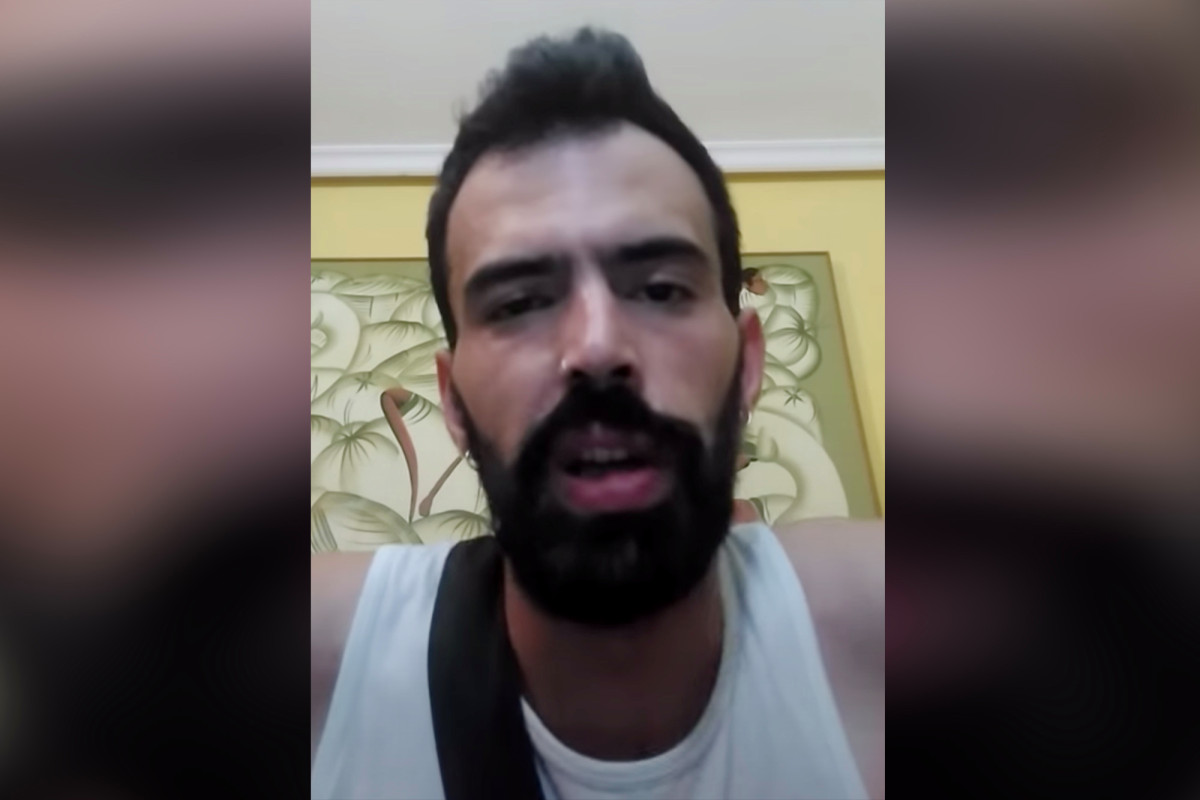 A Spanish rapper is accused of hacking his roommate’s penis with a 12-inch kitchen knife in a gruesome attempt to gain attention on social media, reports show.

Aaron Beltran reportedly made a deal with Andrew Breach, a British teacher trained at Oxford, to amputate his manhood – Breach agreeing to pay a fee based on the number of times the video was shared on YouTube, the Independent reported.

Beltran now faces four and a half years in prison if found guilty of committing the macabre act in Zaragoza, Spain, in March 2019, according to the newspaper.

“On the afternoon of March 8th  just before 7.15 p.m., while the two men were in the victim’s room, Andrew tied his pajama drawstring around the bottom of his penis to prevent bleeding,” it read. in the indictment, The Sun reported.

“The accused, who was sitting in a chair in front of him, cut his penis with a 12-inch kitchen knife which was never found because the accused got rid of it.

A police officer told a court in eastern Spain he found Breach, 35, who taught at a local language academy, bleeding profusely after the bloody stroke.

Another police officer said Breach wanted to crack down on his penis because he didn’t feel completely masculine.

“When interviewing the victim at the hospital, he told us that the accused had cut off his penis. Andrew said he didn’t feel 100% male and wanted to get rid of his penis, ”the cop told court.

“He made an agreement with the accused to pay him €200 which would depend on the number of views of the amputation video received on YouTube. It was done on the basis of hits, ”the cop added.

The surgeons were able to reattach the penis, which is now fully functioning, according to the Independent.

Breach spent three weeks in hospital and then returned to the UK.

Meanwhile, Breach claimed in court that he cut his own penis, contradicting his sworn statement that Beltran was responsible.

“I cut my own penis. I was sick. It was me, ”he said, adding that he had felt the pressure from the police to blame his roommate. The police rejected his request.

Prosecutors have admitted that Breach suffers from gender dysphoria, the outlet reported.

Local reports around the time of the amputation said the pair drank four bottles of wine and took Valium to muster the courage to do so, The Sun reported.

Beltran, who spent four months in prison before being released on bail, bears the artistic name of Sanatorio del Atico – or Attic Sanatorium.