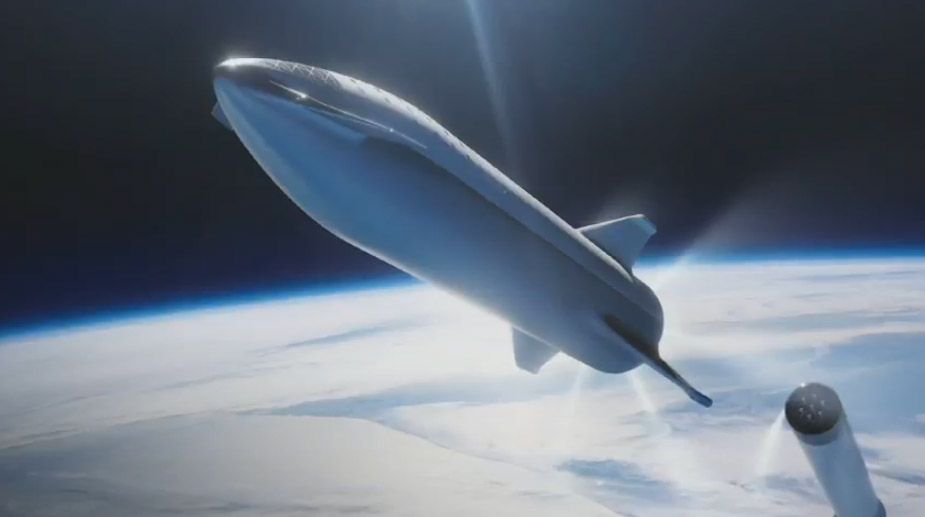 Standing beneath a towering Starship Mk1, a prototype for SpaceX’s massive reusable launch system, Elon Musk laid out his plan for interplanetary travel at the company’s South Texas test site here on Saturday (Sept. 28) — the 11th anniversary of the first successful orbital launch of SpaceX’s first rocket, the Falcon 1.

The new version of Starship (and its Super Heavy booster) will be able to carry up to 100 people to the moon, Mars or other destinations in space or around Earth, he said. It will stand 387 feet (118 meters) tall and be completely reusable, with quick turnarounds.

This is the rocket that will launch the billionaire Japanese entrepreneur Yusaku Maezawa and a handful of artists on a trip around the moon in the 2020s. SpaceX unveiled that planned space tourist trip last year (but did not disclose how much Maezawa paid). 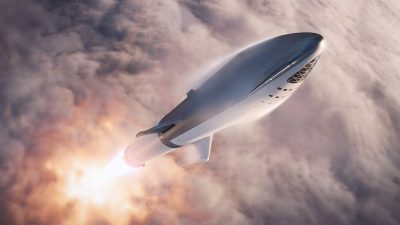 “This is, I think, the most inspiring thing I have ever seen,” Musk told a crowd of about 200 SpaceX employees, guests and reporters at the company’s site near Boca Chica Village, just outside of Brownsville. “Wow, what an incredible job by such a great team to build this incredible vehicle. I’m so proud to work with such a great team.”

Loading...
Newer Post
T&T athletes create shock waves at World Champs
Older Post
WASA’s Chief Executive Officer says there will be a plan B for customers affected by the shutdown

Windies and Pakistan get revised schedule for Osaka T20 Cup 0