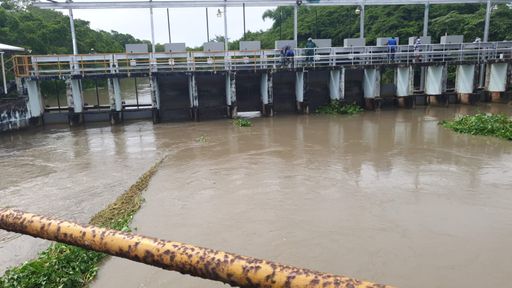 The Meteorological Office has issued a Yellow Level Adverse Riverine Flood Alert for Trinidad for areas along waterways and low lying areas.

It has advised that the South Oropouche River has breached its banks in some parts with water spilling into some communities in South Trinidad.

The Riverine Flood Alert was activated at 9 am today, and will remain in effect until Saturday, September 24.

At present, Trinidad and Tobago remains under an Adverse Weather Alert, which also is at Yellow Level.

The Met Service notes there are reports of some smaller water courses being filled, with flooding in low-lying areas. However, other major rivers are contained at this time and are being closely monitored.

It is urging the public to avoid areas with flood waters and monitor weather conditions and river levels before venturing out.

The public also is being advised to plan safety measures, including emergency supplies of food and water.

The public is reminded to monitor updates from official sources and follow the instructions of government officials.