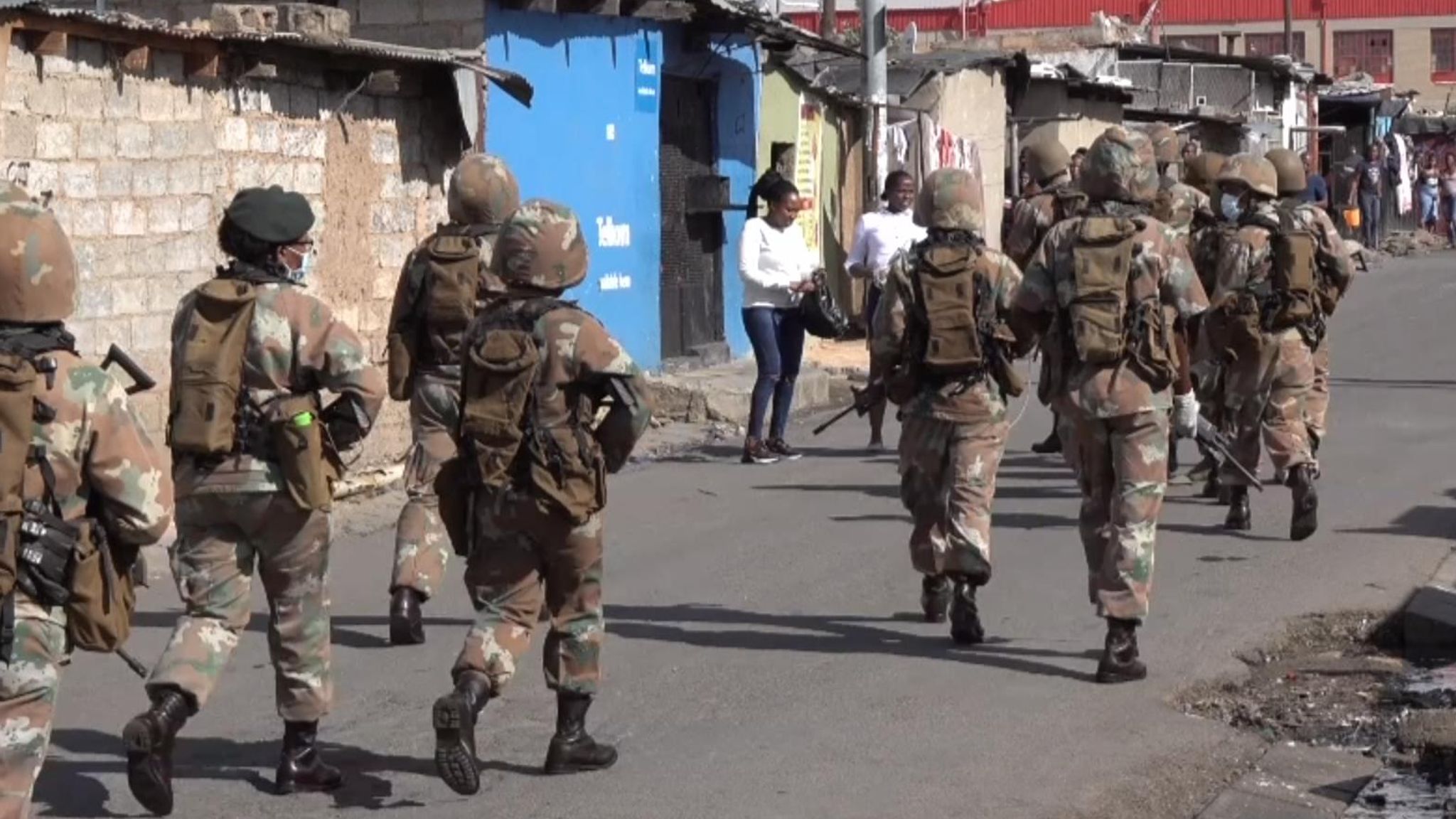 The South African government plans to deploy 25,000 troops after days of widespread looting and violence.

The military deployment – to counter riots sparked by the jailing of former President Jacob Zuma – is the biggest since the end of apartheid.

At least 72 people have died and more than 1,700 have been arrested in South Africa’s worst unrest in years.

Hundreds of shops and businesses have been looted and the government says it is acting to prevent food shortages.

Citizens are arming themselves and forming vigilante groups to protect their property from the rampage.

More than 200 incidents of looting and vandalism were recorded on Wednesday, the government said, as the number of troops deployed doubled to 5,000.

But Defence Minister Nosiviwe Mapisa-Nqakula said she had submitted a request for the deployment of 25,000 soldiers to the two provinces hit by violence – KwaZulu-Natal, where Durban is located, and Gauteng, which includes Johannesburg.

The government has been under pressure to put more boots on the ground to tackle the unrest.

Shopping malls and warehouses have been ransacked or set ablaze in several cities, especially Durban.

Dr Dulcy Rakumakoe, who runs a chain of medical centres in Gauteng province that have been looted, told the BBC more action was needed.

“We’ve started with the clean-up but we can’t even think about the rebuild because we are not sure when the unrest will be totally done,” she said. “It’s still not safe to even go in and rebuild.”

Protests began last week after Zuma handed himself in to police to serve a 15-month sentence for contempt of court.

Zuma’s supporters reacted furiously to his imprisonment, blockading major roads and calling for a shutdown to demand his release.

The protests have since descended into riots on a scale rarely seen in South Africa, with businesses in every sector looted, burnt and petrol-bombed in cities and towns across KwaZulu-Natal.

U.S reports its first Polio case in nearly a decade 0

High praise for healthcare workers in the ERHA 0