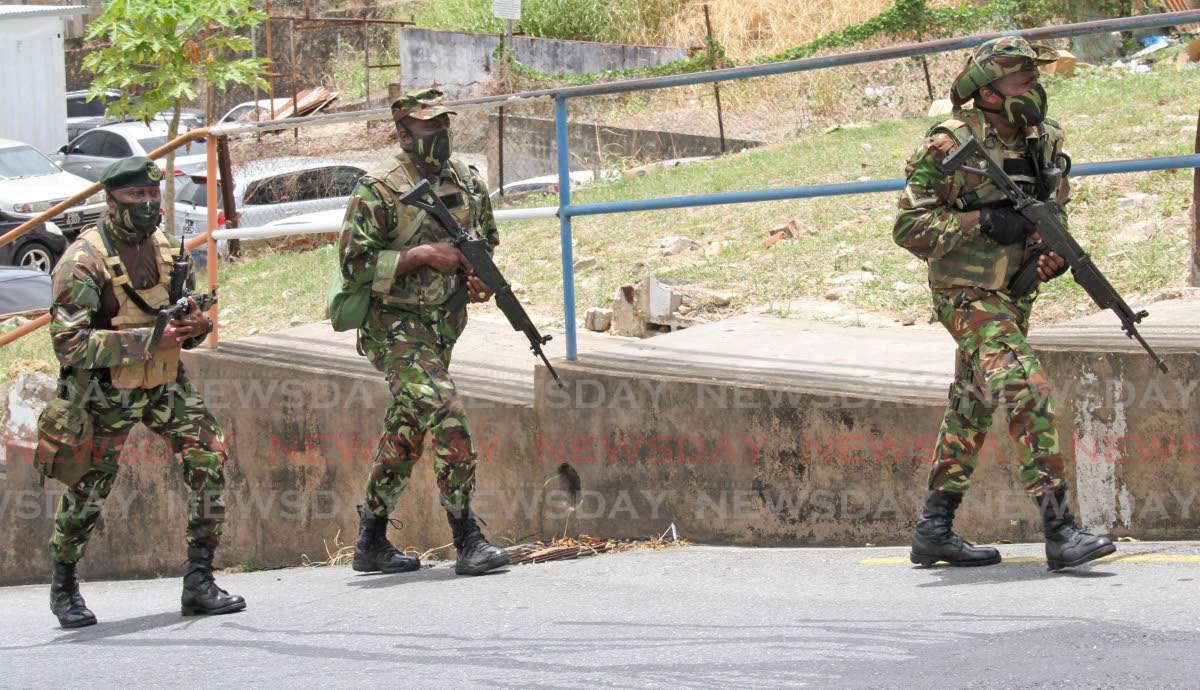 Soldiers will not be forced to take the COVID-19 vaccine

Minister of National Security, Fitzgerald Hinds, says soldiers will not be forced to take the COVID-19 vaccine.

However, Minister Hinds says members of the Trinidad and Tobago Regiment operate under a different system from civilians.

Speaking at the virtual news briefing of the Ministry of Health on Wednesday, Minister Hinds said he was not yet been briefed on the matter.

Hinds’ comment follows a fake WhatsApp message on Tuesday, which implied that soldiers would be mandated to take the AstraZeneca vaccine.

A media release from the TT Defence Force (TTDF) said, “This WhatsApp message was composed by a subordinate officer and circulated without the authorisation of the Command of the Force.”

It added that the Defence Force Headquarters “has not and will not publish or authorise the publication of any document or order which contravenes the laws of Trinidad and Tobago.”

According to the TTDF, all its decisions and policies are and will be in conformity with the laws of T&T and any additional guidance provided by arms of the Government such as the Ministry of Health as it relates to COVID-19.

The Defence Force said that it has been at the forefront of the daily fight against the pandemic as its members are called upon to provide assistance to civil authorities in the transport of persons to, and security of, quarantine facilities, apart from our regular military duties that include interagency patrols with the T&T Police Service throughout T&T and in border security where its members often interact with illegal and irregular migrants.

The TTDF said as a responsible organisation that finds itself in the fight against this pandemic on a daily basis, it is morally obligated to provide its members with the best possible protection to continue fulfilling its mandated roles.

Based on information provided by the Ministry of Health, the Defence Force said its personnel has been advised that the vaccine is an additional layer of protection from COVID-19.