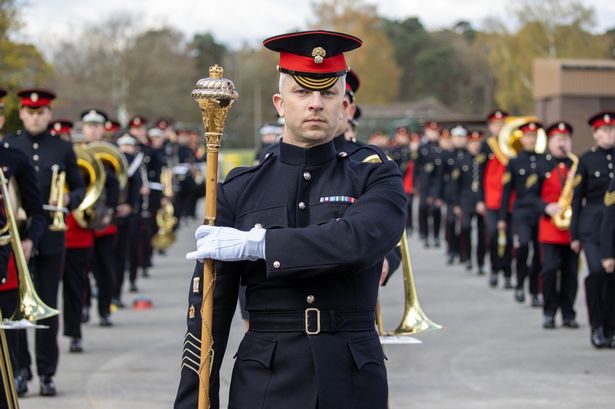 Even within solemn moments there seems to be trouble brewing as allegedly a British drum major scheduled to take an interest in Prince Philip’s burial service was dropped from the procedures after explicit recordings he’d made were found.

Color Sergeant Harry Sutton had been planned to lead the Band of the Grenadier Guards into Windsor Castle as a component of the Duke of Edinburgh’s burial service procedures, The Sun announced Friday.

“Harry was absolutely gutted but took it on the chin,” a source told the Sun in a deeply unfortunate turn of phrase. “He hadn’t done anything illegal, but he understood why the Army made the decision.

“A judgment was made that some people might find what he had done distasteful. It was a tough call but the Army didn’t want anything to detract from the Duke of Edinburgh’s solemn day.”

It was an extreme call yet the Army didn’t need anything to degrade the Duke of Edinburgh’s grave day.” Sutton’s extracurricular percussion work was revealed as a component of the confirming interaction for those partaking in the burial service.

He does, nonetheless, stay the Guards’ senior drum major, with an Army representative telling the Sun that the trade was made “because of a regulatory change.” Sutton and Nixon have supposedly erased their recordings on the anonymous membership site.

The Grenadier Guards were picked for Philip’s burial service because of the Duke’s job as their colonel-in-boss for more than forty years. Drum significant Scott Fitzgerald, from the first Battalion Coldstream Guards — the most seasoned consistently serving regiment in the British Army — ended up driving the organization.