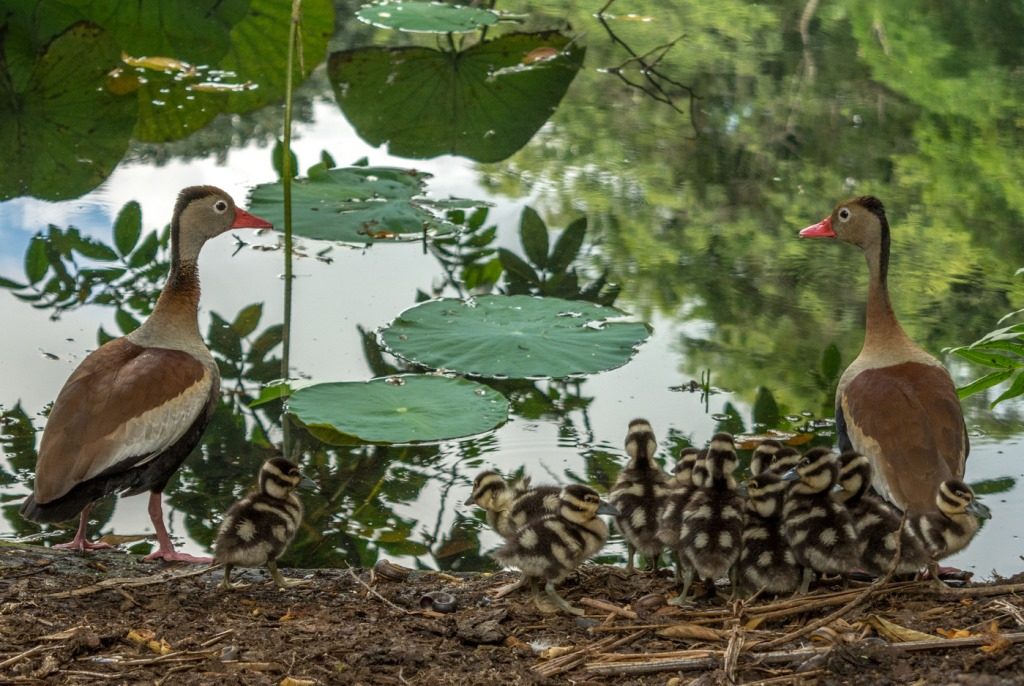 On the heels of the theft of a number of prized endangered birds last weekend, the management of the Wildfowl Trust at Pointe-a-Pierre, has now issued a call for soldiers to guard the facility.

Thieves made off with endangered mature blue and gold macaws, fulvous whistling ducklings, white-faced whistling ducks, wild muscovy ducklings and a white peahen, as well as an incubator containing eggs.

In a statement, National Trust chairman Margaret Mc Dowall said the theft at the Wildfowl Trust, which is on the Heritage Petroleum Company’s land, reflects a major breach of security on the estate.

She said “We are calling for the immediate placement of the TT Regiment on the compound especially around the Wildfowl Trust and other important installations on the compound, which are at severe risk as well.”

The Wildfowl Trust, a centre for breeding and releasing indigenous water fowl, has been breeding the blue and gold macaws and releasing them into the wild, especially at Nariva and Aripo, two of their main habitats.

Mc Dowall said “The landscape, scenic location and the beautiful and unique wildfowl combined make this site a national treasure. The flora and fauna form part of our nation’s story and have attracted thousands of visitors, adults and children, both local and foreign.
“We note that this act of larceny was well-planned, taking place as it did at night during the curfew.”

The National Trust listed the Pointe-a-Pierre Wild Fowl Trust as a protected property of interest in 2019, as an invaluable part of the natural heritage of the country.

Uniquely situated within an oil refinery, it is is the second oldest wild fowl trust in the world, she pointed out, and had worked arduously for over 55 years as a centre for conservation, protection and breeding locally endangered birds, and to maintain the important wetland ecosystem.

Mc Dowall appealed for anyone with knowledge of the perpetrators or buyers to do the right and patriotic thing and give the information to the police, any conservationist organisation, and/or the media, “so that we can join forces to rid the nation of these menaces.”

Marabella police are investigating the theft and said they are following a number of leads.