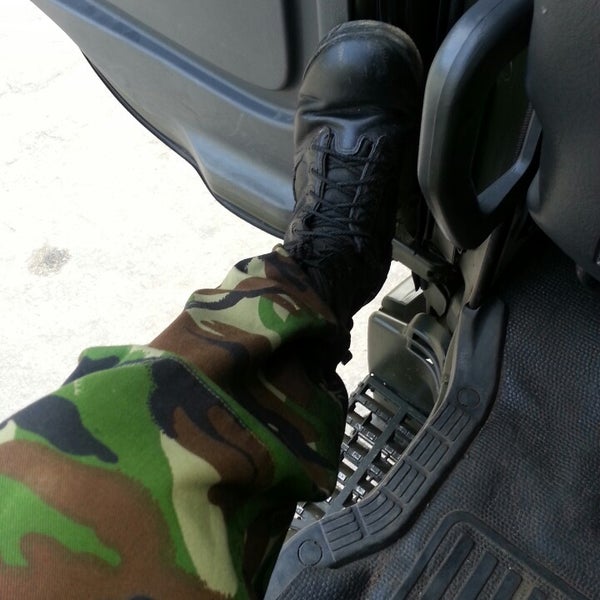 A member of the Trinidad and Tobago Regiment was caught on camera holding a male civilian in an apparent headlock and repeatedly beating him in the head in the bedroom of a house of his ex-girlfriend.

The video which is now viral shows the soldier in full uniform on top of the civilian while the his former girlfriend and child watches on in shock pleading for him to release the female’s new love interest.

The video which is 4 mins long also shows the female and mother pleading with her son to step away from the bedroom as two men tussle on the bed.

The soldier can also be heard shouting and asking the male civilian why is he with his wife – while the female kept recording and pleading for him to leave.

Meanwhile the TTR released a statement regarding the incident saying that an investigation has been launched into the viral video and is offering psychological counseling support to those affected by the incident. 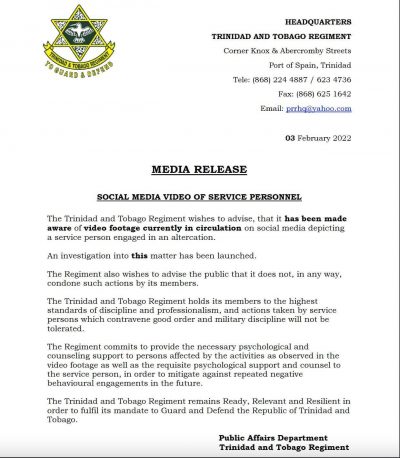 Dr. Fuad Khan: The private sector will get covid-19 vaccines faster than government 0