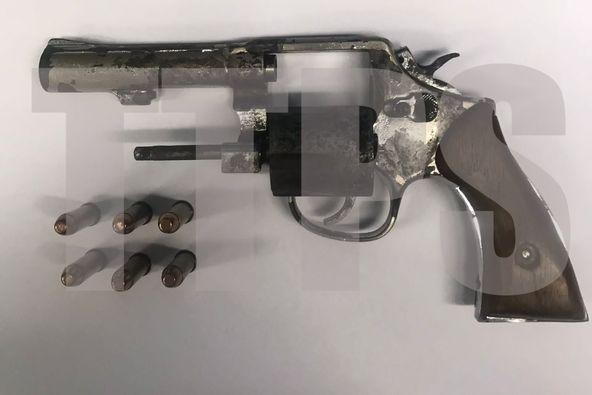 Three firearms were seized, and a soldier was among three persons arrested in exercises conducted across several divisions yesterday.

Around 12:30 pm, Northern Division Task Force (NDTF-North) officers on mobile patrol along Mendez Drive, Samaroo Village, Arima, attempted to stop a man who was entering a brown Honda Civic. However, the man allegedly failed to do so, and a chase ensued. Attempts to stop the vehicle included an officer exiting the police vehicle while in traffic and commanding the driver to stop. However, the vehicle allegedly began to accelerate towards the officer, who fearing for his safety and others, discharged his weapon.

The vehicle allegedly sped off and was subsequently intercepted at Church Street, Samaroo Village with the assistance of Emergency Response Patrol (ERP) units and Maloney personnel. The driver, a 22-year-old serving member of the Trinidad and Tobago Regiment attached to Camp La Romain, was arrested a short distance away after fleeing from the vehicle. A search was conducted and a revolver with six rounds of .38 ammunition was allegedly found.

In another incident, at around 5 pm, while conducting a business transaction in a parked vehicle in Cunupia, two men were allegedly approached by a man with a firearm who alighted from a silver-coloured Honda City vehicle nearby. He allegedly pointed the firearm at them and demanded they hand over the cash but one of the victims, fearing for his safety quickly reversed the vehicle and contacted the police.

Officers of the North Eastern Division Task Force (NEDTF) also allegedly found a revolver along with six rounds of .38 ammunition in a black plastic bag near two large concrete cylinders. It was located in a track on an open lot of land between Nicholasville and Shende Street Extension in San Juan.
Investigations of all three incidents are ongoing.

Earthquake near TT with 4.6 magnitude 0