Social and Political activist calls on the business sector to #hireonemore

#hireonemorenow, a movement created by Fixin T&T aims at removing the stigmatization laid on youth who are deemed to be “at risk youth”.

Speaking with News Power Now, Director of Fixin T&T Kirk Waithe says the campaign aims at ensuring that youth within so called “hot spot” areas are able to access jobs fairly and without prejudice.

He said for many years the business community refused to hire persons based on their address; this he says has to come to an end. 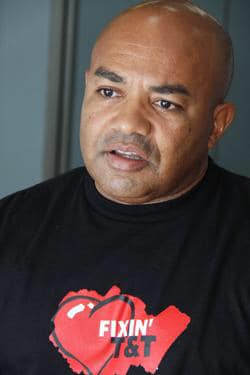 Waithe said several entities are on board with the campaign to ensure that the programme is properly supported.

He also said it is backed by the Commissioner of Police, Gary Griffith.

Carenage police and residents join forces; say crime will not be tolerated 0