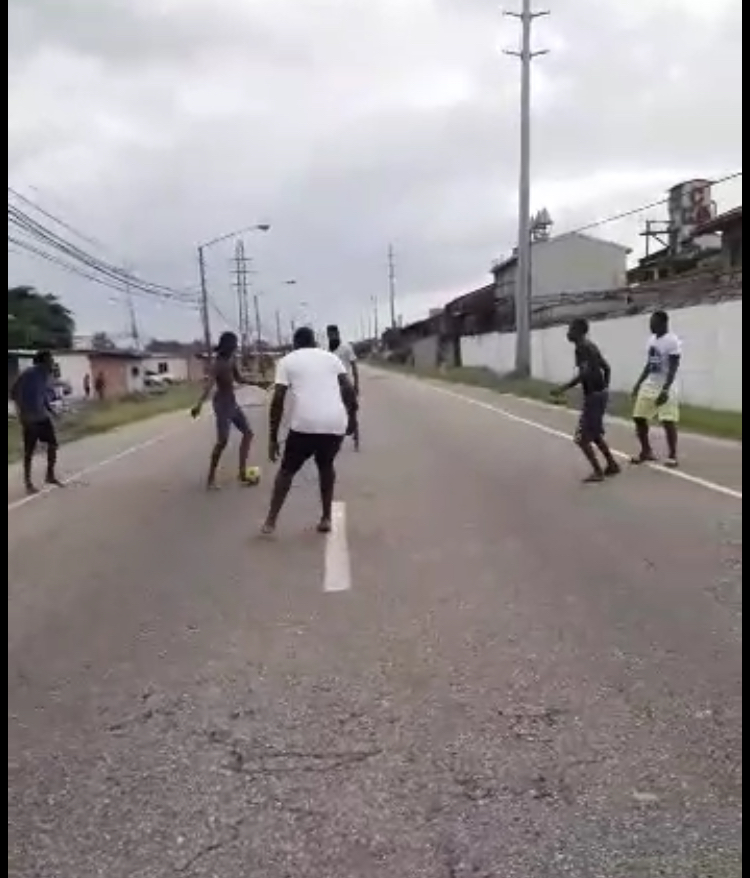 Small goal on the Beetham Highway during curfew hours

Several residents of Beetham Gardens were engaging in a ‘small goal’ football match on the Beetham Highway during the country’s Curfew hours which began at 10am on Monday May 31, until 5am Tuesday June 1.

Reports also states that The Inter Agency Task Force has responded reports of the small which is played on the north bound lane of the Beetham Highway.