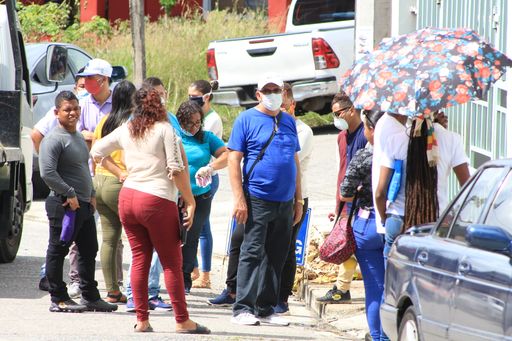 The coordinator of the La Romaine Migrant Support Group Angie Ramnarine said that some Venezuelans are facing difficulties in organizing their re-registration documents.

She made the revelation to GML on Monday, after it was reported that there was a low turnout for day one of the re-registration process for Venezuelans living and working in TT.

Reports out of the Immigration Offices in Port of Spain and San Fernando is that only a few hundred Venezuelans dropped off documents at the respective drop-boxes, to re-register under Government’s amnesty programme.

This was a stark contrast to June 2019, when thousands descended on the locations provided over a two week period to have the opportunity.

Ramnarine said “Some of them were unable to download the form so we were able to help with downloading and photocopying. Before the process actually began we provided forms to about 50 migrants.”
She also stated that getting a stamped job letter proved to be difficult for some while others, who were employed during the first registration process no longer have jobs.

“We have to remember that the migrant population is fluid and dynamic. Since they registered in 2019, many of them have moved to other parts of the country and have formed their own diaspora,” she added.

The Ministry of National security expects 16,000 Venezuelans to re-register at Immigration Division Offices across the country.

Information on the process has been posted on the ministry’s website. The documents can be dropped off at the Immigration offices on Henry Street; Knox Street, San Fernando and the Agricola Building in Tobago.

The re-registration ends on March 26.