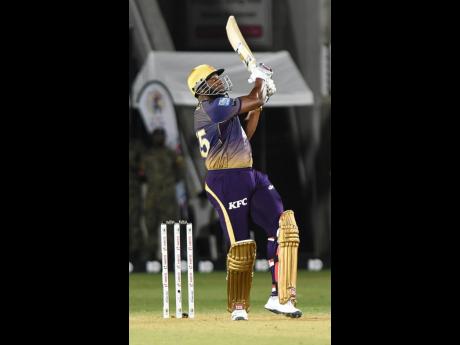 After being asked to bat, Webster’s unbeaten 66 off 49 balls helped Knight Riders to 191 for 4. While Webster played the anchor’s role, Narine smashed 46 off 22 and Kieron Pollardcontributed 33 not out off 21 towards the end to take Knight Riders to a formidable total.

In response, Tallawahs could never get going as the Knight Riders spinners made run-scoring difficult from the very beginning. Narine, Khary Pierre and Seekkuge Prasannabowled ten overs combined, conceding only 61 and sharing three wickets among them.

When Andre Russell made his way to the middle, Tallawahs needed 99 from 42 balls. Despite not looking at his best, Russell struck four fours and as many sixes in his 24-ball 44 but even for him, it proved too much in the end.

Pollard came to the crease in the 15th over, after Russell bowled Ramdin with a dipping full-toss, and warmed himself up with seven singles off the first seven balls he faced. But his late charge meant Knight Riders took 34 from the last three overs, with Pollard accounting for 26 of those with the help of four boundaries.

Procurement Act to be brought before the House on Friday 0