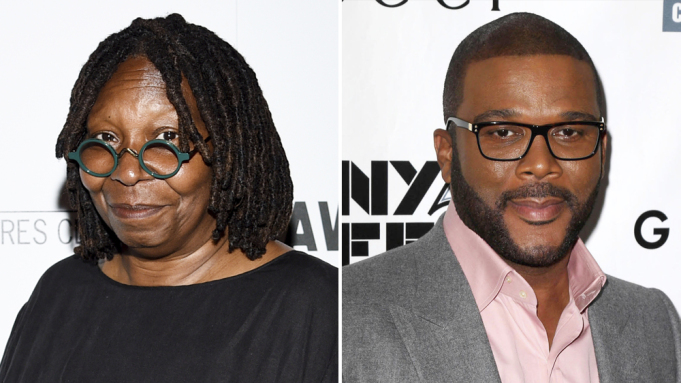 Ohhh the Heaven’s do declare that Disney is blessing movie fans with another “Sister Act” movie!

Not only will Whoopi Goldberg reprise her role as Deloris Van Cartier, Tyler Perry has signed on to co-produce!

Sister Act 3 is in development! 🎤 @WhoopiGoldberg returns to star and produce, with @TylerPerry as producer as well. Sister Act 3 will premiere on @DisneyPlus.

While appearing on “The Late Late Show with James Corden” in October, Goldberg teased the possibility of a third film.

“For a long time, they kept saying no one wanted to see it,” Goldberg told host James Corden. “And then quite recently, it turns out, that may not be true. People may want to see it. So, we’re working diligently to try to figure out how to get the gang together and come back.”

Noting that the original film and its sequel “Sister Act 2: Back in the Habit” were “fun and it feels good,” Goldberg added, “It’s just, listen — bad singing, great singing, OK singing, and then nuns. What’s better than that?”

In fact, while appearing on “Watch What Happens Live” in 2018, Perry teased the idea of another “Sister Act” movie starring Goldberg and Haddish.

“The two of them in ‘Sister Act,’ that should happen. Let’s make it happen,” Perry told host Andy Cohen.

In the first “Sister Act,” which premiered in 1992, Goldberg played a lounge singer who is forced to join a convent after being placed in witness protection.