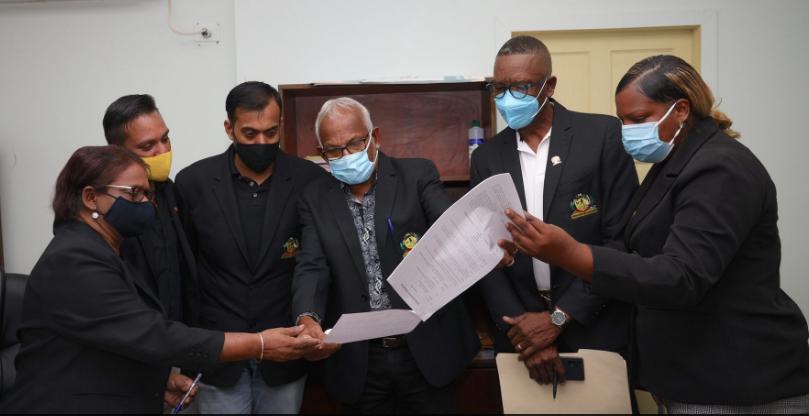 Having found themselves unable to properly meet the needs of their burgesses, the Siparia Regional Corporation is now seeking an allocation of $7.3 million in the Mid-Year Budget review to keep them afloat until the end of the financial year.

In a media conference at the corporation, Avocat/San Francique councillor Doodnath Mayhroo called on Local Government Minister Faris Al-Rawi to visit the corporation to discuss and resolve their issues.

He said the allocation for material and supply was a measly $800,000 and when divided, each councillor will be allocated $80,000 for a year.

“That’s the money you use to buy materials to repair roads and so on in the region. Today, three-quarter of the roads in our region is in poor condition, our local roads are in very poor condition because we do not have the resources to maintain those roads.”

“Not only the allocation but the timely releases on the allocation is also a problem, because right now we are running on credit. We have reached a stage now where suppliers are refusing to give us any line of credit again because we have maxed out our credit with all our suppliers. We are really, really in a bad position in this corporation with respect to the allocation of resources.”

Mayhroo said the $7.3 million will be used for, “Government contributions to NIS, wages and COLA, telephone expenses, short term employment, promotion and publicity, the various votes where there is shortfall…This additional resources we requesting have nothing in it to reach the burgesses with respect to repairs to roads, drains and meeting the needs of the region.”

Mayhroo also denied during the press conference, claims by the Prime Minister that they were resisting Siparia becoming a borough.

He said “We want Siparia to become a borough but before we do so, let us deal with the problems affecting the region and bring it to a state that the burgesses will see some form of relief and they will see why we want to take it into borough status.’