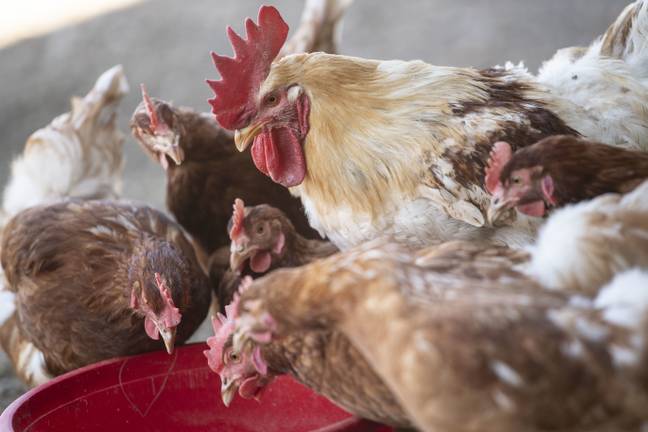 SHOCKING: Man Pleads Guilty To Having Sex With Chickens While Wife Filmed Him

A man has admitted having sex with chickens, while his wife filmed it and was banned from keeping animals and placed on the register of sex offenders forever.

Rehan Baig, 37, appeared at Bradford Crown Court with his wife Haleema, also 37, on Friday. He entered guilty pleas to a total of 11 charges including three of performing an act of penetration on chickens, Yorkshire Live reports and was sentenced to three years in prison.

Prosecutor Abigail Langford said Haleema Baig had already admitted three charges of aiding and abetting “intercourse with an animal” during the couple’s first appearance before the magistrates. Mrs Baig accepts filming her husband Rehan Baig having sexual intercourse with a chicken,” she told Judge Jonathan Gibson. Solicitor advocate Nick Leadbeater, for Rehan Baig, said his client accepted committing the acts of intercourse with the animals but could not say exactly when those incidents took place.

Mr Leadbeater asked for the sentencing hearing to be adjourned so that a pre-sentence report and a psychiatric report on his client could be obtained.

The court heard that enquiries would need to be made to see whether the acts were committed on one day or on separate days. “The court may take the view that if these are acts that have taken place on more than one day that would make a difference in terms of sentencing,” suggested Miss Langford.

“Both defendants assert it was sexual intercourse which took place on one day with these animals and that it was filmed on one day.”

Baig’s wife, was sentenced to six months after admitting that she filmed her husband.

The judge described Baig as “depraved, perverted and despicable”. He is prohibited from raising animals and has been placed in list of sex offenders
for the rest of your life.