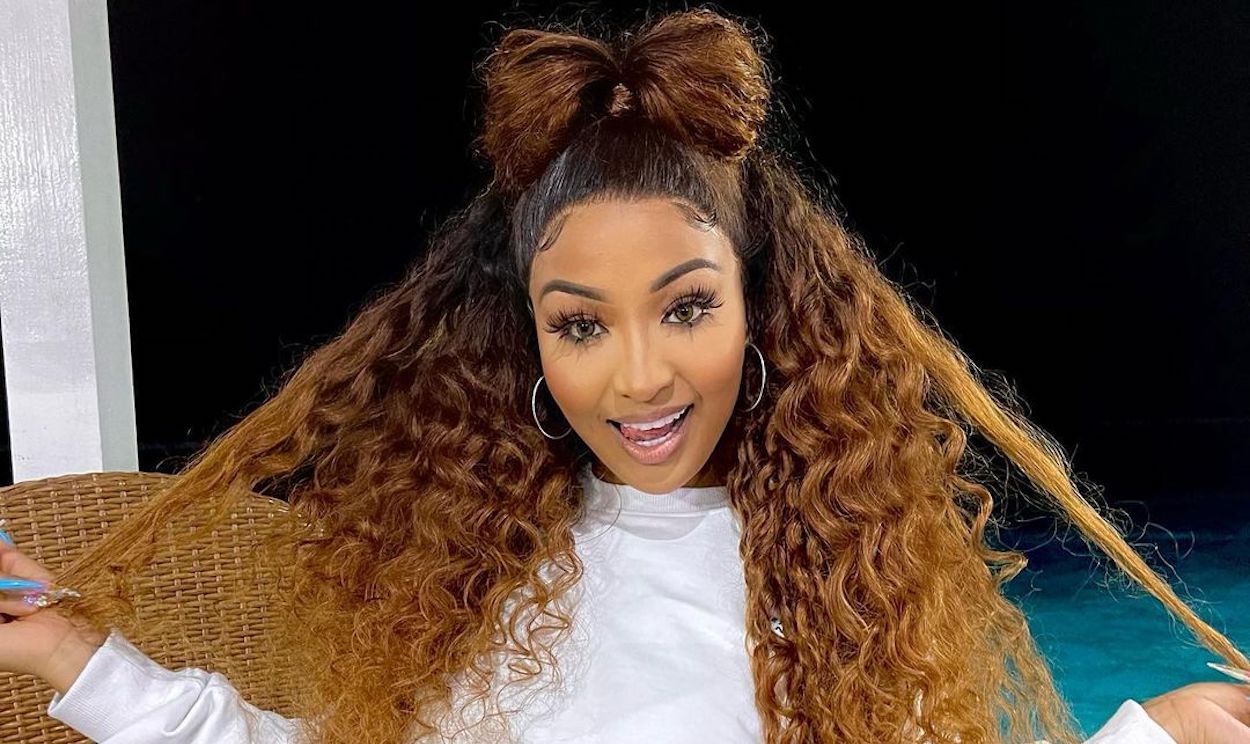 Shenseea wants an ugly man with a nice personality

Shenseea says she wants to have more children as she has always fancied having a large family. “I always said I wanted four, so that means three more. I like the process of getting pregnant, I like to be pregnant, I love everything about it.”

Speaking with Franki Rob from 107 FM in Chicago, the sultry singer said “Based on how the world is going right now, you know values and peer pressure and everything from social media, I find myself cutting down but I am going to have a next child.”
When asked if she was seeing anyone, the Lighter singer said she wasn’t interested in anyone.

“Listen and nobody can say otherwise, I am not even flirting! Honestly, like listen I said I’m going to do everything I wanted to do and having a boyfriend is not one of them.” She added that her getting into a relationship won’t be a conscious way to get with her “because mi nuh even go out.”

On the other hand, Shenseea did say what she’s looking for in a man. “The first thing, you have to be honest. Mi can’t deal with the lies. Mi know say people will claim say they make a mistake by cheating but you see, once you lie then that’s it…we have to learn how to be honest. Once you have trust then everything falls on it. That is the top tier for me.” Sounds like a lot of men are going to find it difficult to meet that threshold!

She also said she didn’t care about looks or what they have. “If you talk to my friend them they will tell you a pay ugly man mi talk to. I don’t care about looks, it’s your personality I go for….can’t deal with no boujie thing, man fi manly, mi mustn’t give him a manual, him must come with it. Once you make me goofy too and make me laugh I’m always gonna smile.”

In case you are thinking about approaching Shenseea, she also likes men who are adventurous. The artiste disclosed that the naughtiest place she has had sex is in a tree. “You see adventurous sex that’s me, the adrenaline and everything running that’s me. I love risk, I love the risk.”

Though it doesn’t seem like the artiste has men on top of her agenda as she says she isn’t feeling them right now. The artiste is all about realness as she reveals that that could be because she has spent too much time pleasing herself. She says she currently has three toys “I feel I am so focused on my career that when it comes to men it nuh deh deh, I guess I just pleased myself too much…listen it’s my favourite till mi buy three because one mash up up go for the next one and the next one. That’s my man that. I had to stack up… when I went to Amsterdam in the Red Light district I had to stack up.”

She also says she cannot deal with the likkle buddy “that ain’t it.” This one certainly doesn’t need an explanation.

Meanwhile, Shenseea says she wants to collaborate with Jamaican dancehall star Dexta Daps who she says is on top of her list of people she wants to create music with. She also named Rihanna, who she says she’d like to make music with. For her relatively short career, Shenseea has partnered with many big names such as Tyga, Vybz Kartel, Masego, Konshens, Tarrus Riley, and more. However, she’s still managed to create a distinct sound and following, which has given way to many brand endorsements and deals.

The artiste also spoke about her bag. She said while she has more money now, she was more into spending it on investing and doing things that matter long term.

She also spoke about her journey with motherhood, saying that at the start of her career, things were rough with bringing her young child to the studio and to gigs. However, she says she is grateful that her son is growing up, which makes things easier that she can call him when she travels, and they can have a conversation as he is growing up.

She added that now that things have slowed down with the pandemic, she is grateful for the family moments she has with her sons.
“All the times I’ve missed with Rajeiro I’m getting it back right now. I’m cooking more and just being a mom you know…I’m making use of it and having fun.”