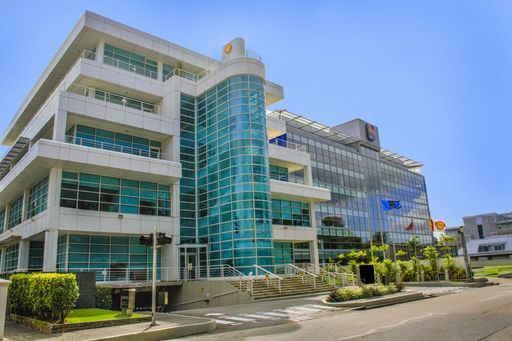 Shell Trinidad and Tobago has announced the production of gas at the Barracuda block in east Trinidad.

The energy company said first gas at Barracuda was reached on July 18, and the estimated production for Barracuda represented 100 per cent total gross figures.

In a media release on Thursday, Shell said Block 5C in the East Coast Marine Area (EMCA), known as Project Barracuda, is a backfill project with approximately 25,000 barrels of oil equivalent per day (boe/d) or 140 million standard cubic feet per day (mmscf/d) of sustained near-term gas production with peak production expected to be about 40,000 boe/d or 220 mmscf/d.

The Barracuda project comprises of two subsea wells, which are wholly owned by Shell — the Endeavour field and the Bounty field — which are both linked to Shell’s Dolphin platform.

Shell said both wells are the deepest development wells, with Endeavour at a depth of 20,000 feet Bounty at 16,000 feet.

Director of integrated gas, renewable and energy solutions Maarten Wetselaar said the project signified a milestone in the delivery of gas domestically and internationally through Atlantic LNG.

He said, “Today’s announcement strengthens the resilience and competitiveness of Shell’s position in TT.”

“This is a key growth opportunity that supports our long-term strategy in the country as well as our global LNG growth ambitions.”

Shell is a major shareholder in Atlantic LNG, and equity in the Atlantic plant ranged from 46 per cent to 57.5 per cent in each of the four trains at the facility.

Senior vice president and country chair Eugene Okpere added that this project was Shell’s first greenfield project in the country, and one of its largest since the BG Group acquisition by Royal Dutch Shell plc.

“We are immensely proud of our people and the remarkable work it took to achieve this milestone, particularly given that drilling began in May 2020 during the covid19 pandemic.

“Our execution strategy had to be completely overhauled to deliver our business plan, all while working remotely. It required tremendous resilience, adaptability and commitment,” Okpere said.

The ECMA, Shell said, was one of the most prolific gas-producing areas in the country and was part of the company’s development strategy and was finding ways to access the significant volumes that exist in the ECMA and to bring it online.

Shell also added that first gas from Colibri project, a joint venture with Heritage Petroleum Company Limited, was expected in 2022.