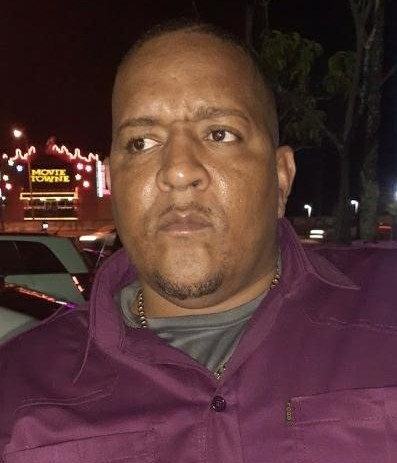 Unconfirmed reports indicate that the body of Sheldon Richards was found in Cumuto.

According to reports Richards was found with a plastic bag over his head; just after 8pm on December 15th.

It is alleged he went to collect money from a woman in Sangre Grande.

The TTPS reported earlier that SHELDON, 41, of Plover Crescent, La Horquetta, was last seen around 7:30 pm on Sunday 13th December 2020. He was reported missing on December 14th, 2020.

SHELDON is of African descent, approximately 5 feet 9 inches tall, is brown in complexion and has a heavy build.

SHELDON has short hair, a short beard and was last seen wearing a dark blue shirt and pants with black shoes.

Anyone with further information is asked to contact the La Horquetta Police Station at 643- 3857, CRIME STOPPERS at 800-TIPS or contact the police at 555, 999, 911 or share information via the TTPS App.