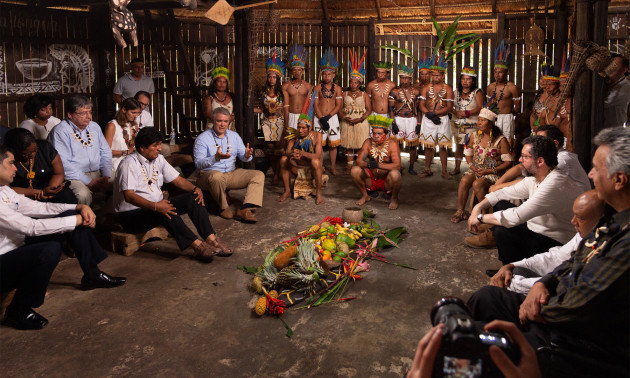 Seven South American countries on Friday signed a pact to protect the world’s largest tropical forest, the Amazon, a globally important micro-ecosystem which has been burning in its Brazilian region for weeks.

“What happens in the Amazon affects not just our countries but also the entire world. If we do not work in a responsible way, maybe in the short time, it will be too late to reverse this situation,” Peru’s President Martin Vizcarra said and recalled that 34 million people live in the region.

Through this joint document, the signatory countries have agreed to undertake and carry out coordinated actions to combat deforestation and exchange information about illegal activities in the Amazon basin.

At the Leticia meeting, Venezuela was not present because President Nicolas Maduro was not invited by Duque, who organized the high-level encounter. This intentional exclusion, however, was criticized by Bolivia’s president who recalled that nature knows no borders.

“Above ideological differences are Mother Earth’s interests,” Morales said and stressed that the irresponsible consumption culture fostered by capitalism creates our environmental problems.

“As long as we do not change the way we produce and consume globally, it will be impossible to secure a future for the current generation and the forthcoming ones,” he said.

Besides pointing out that discriminatory practices are not the best way of tackling regional problems, the Bolivian President emphasized that social movements should be also taken into account as legitimate partners in environmental initiatives, for “those who always lose are the poorest people, the humblest.”

In that sense, the Pact of Leticia also includes commitments related to the recognition of the role that indigenous peoples and women play in the protection of Amazonian forests as well as the protection of ancestral knowledge.

Trump claims he is now immune to Covid-19 0