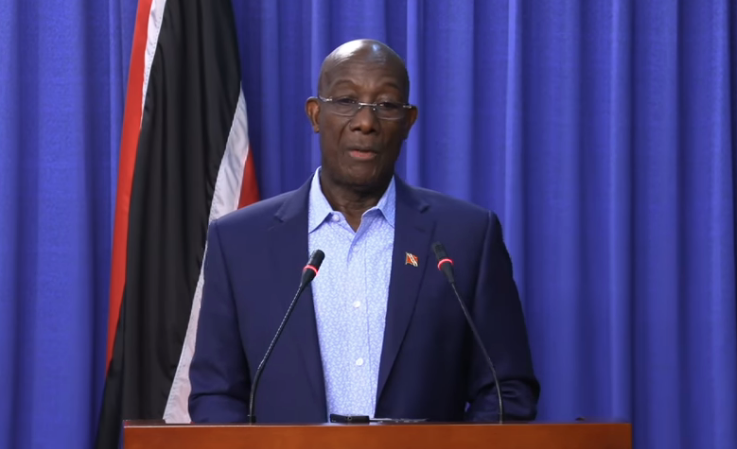 Prime Minister, Dr Keith Rowley said he spoke with the Vice President of Venezuela to conveyed T&T’s deepest sympathy to the family and wider Venezuelan community over the loss of life of the nine month old child, who died during security operations involving TT Coast Guard and traffickers, who were transporting illicit entrants.

This he said will facilitate a meeting between senior TT Coast Guard officers and senior officers of the Guardia Nacionale – to bring about better and more effective collaboration against the illicit trades of trafficking in people, guns and drugs etc, which are detrimental to both our nations.

“I expressed my deepest sympathy on my own behalf and of all the people of Trinidad and Tobago with respect to the unfortunate loss of life of the baby during the security operations,” said Dr. Rowley.

He also appealed to Venezuelan citizens to not be encouraged to risk their lives and the life of others in illicit and dangerous border crossings.