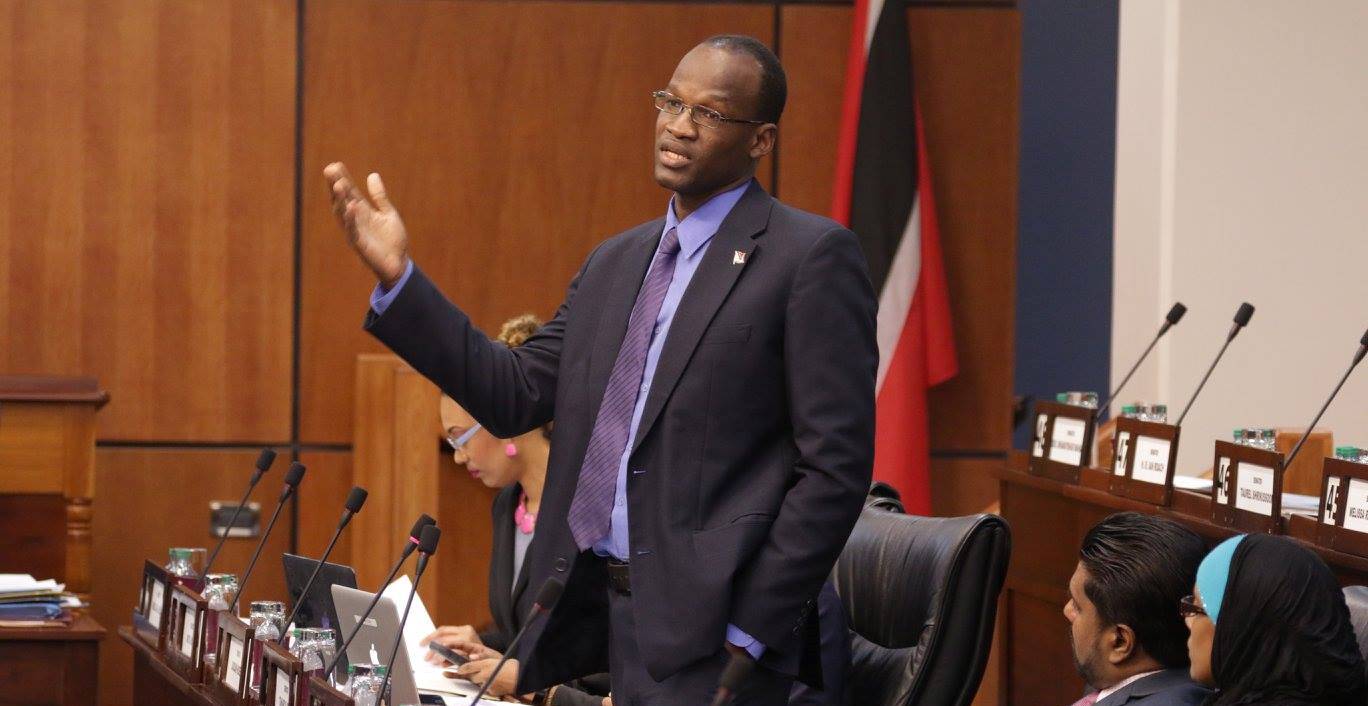 Senator Obika put out of the Senate

Senator Taharqa Obika was put out of the Senate amid a verbal brawl between himself and the National Security Minister.

During the Minister’s remarks at the 7th Sitting of the Senate Senator Obika began shouting at at the Minister of National Security and disrupting the Senate.

When Senator Obika was asked by the Vice President of the Senate to sit and refrain from shouting across the floor he then said “why don’t you shut your mouth.”

Senator Obika was then asked to leave the room which he refused and began shouting again and accused the National Security Minister of calling him an “asshole”.

UPDATE: The Vice President of the Senate has ruled that Senator Obika apologize to the Chair, the House and every member and to the people of Trinidad and Tobago for his behaviour.

According to todays’s Senate transcript it appearance that Senator Obika used the word “asshole”.