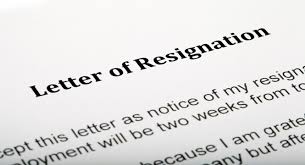 Seepersad’s Resignation, The Final Nail In The Coffin Of The Embattled Police Service Commission, Says The UNC.

The United National Congress has described the resignation of Chairman, Bliss Seepersad, as the final nail in the coffin of the embattled Police Service Commission.

In a media release Thursday afternoon, the UNC said the leadership crisis of the Trinidad and Tobago Police Service will no doubt hamper their ability to adequately protect and serve the population.

the UNC claimed that the entire crisis unfolding before our eyes was birthed from the Attorney General’s tampering with the process so he can have some influence over the TTPS.

The UNC alleged evidence has also surfaced showing a close connection between the AG and former PSC Member Roger Kawalsingh that still has not been answered as well.

It also claimed the Prime Minister has not answered questions regarding whether he met President Paula-Mae Weekes to influence the PSC process of selection of an Acting Police Commissioner.

The UNC said Prime Minister, Dr Keith Rowley, must also clear the air on his involvement in this sordid matter, and account to the people of Trinidad and Tobago.