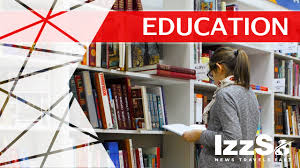 Head of the Secondary Schools Principals’ Association, Ronald Mootoo, is concerned by government’s decision to cut the amount of annual scholarships.

He said he is worried that the move, which he described as short-sighted, would contribute to crime, corruption and nepotism.

Mootoo said the Ministry of Education could be taking this on a purely economic basis but that is not a good move.

In a recent interview with the Newsday, he said “If there is no investment in education, our investment in construction of prisons may have to increase.”

Mootoo noted that most students come from the middle to lower class income classes, and he feared limiting scholarships would discourage students from striving for the scholarships.

“If our brightest students find their way into foreign colleges they may not return. It is a short-sighted measure and it needs to be reviewed. An investment in education is an investment in TT.”