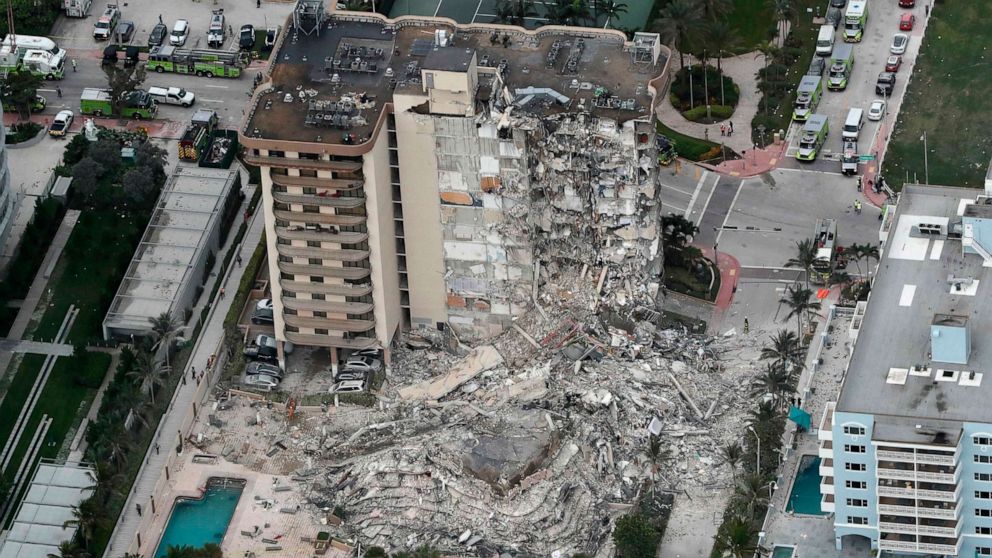 Searches suspended in collapsed Miami condo due to planned demolition

Search efforts for possible survivors in the rubble of a partially collapsed apartment block near Miami have been suspended ahead of the controlled demolition of the rest of the building.

Teams are preparing to bring down the remaining structure using explosives.

The demolition of Champlain Towers South was brought forward over safety fears due to an approaching storm.

Part of the 12-storey block collapsed on 24 June. Twenty-four people are known to have died and 121 are missing.

No survivors have been pulled from the rubble at the site in the Miami suburb of Surfside since the first few hours after the structure’s collapse.

The families of the missing were told in advance of the decision to pause the search effort, Miami-Dade County Mayor Daniella Cava Levine said.

The decision to bring forward the demolition of the remaining block was made after concerns were raised over the approaching Tropical Storm Elsa, which is expected to reach the west coast of Florida on Tuesday.

The mayor of Surfside, Charles Burkett, said strong winds in the coming days could bring down additional debris from the unstable structure, endangering the lives of the search teams.

“It was obvious that the building was a problem,” he said on Saturday, adding: “We agreed that the only solution for that problem was to eliminate it.”

Mr Burkett said the controlled demolition could take place “as early as [Sunday]”, and should be completed within days.