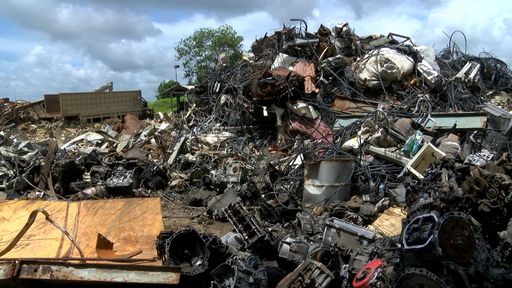 Scrap Iron Dealers President, Allan Ferguson is suggesting that planned sanctions against the industry are unnecessary and will not solve the issue of theft facing the industry.

Speaking on Power 102 Digital’s Power Breakfast Show this morning, he admitted that there are some dishonest people in the scrap iron industry.

However he said he does not agree with planned sanctions by the Government which include a 6 month pause on scrap iron exports.

He said this is tantamount to shutting down the industry.

The Scrap Iron Dealers President suggested that this will not deter those who want to continue to indulge in the illegal theft of copper wires.

He claimed that some persons are committing fraud and will continue to export copper by falsifying shipping records.

Mr Ferguson added that lackadaisical public servants also have some blame to take in fostering conditions which encourage criminality within the industry.

Instagram working on getting back to its picture platform roots

Instagram working on getting back to its picture platform roots

Instagram working on getting back to its picture platform roots 0