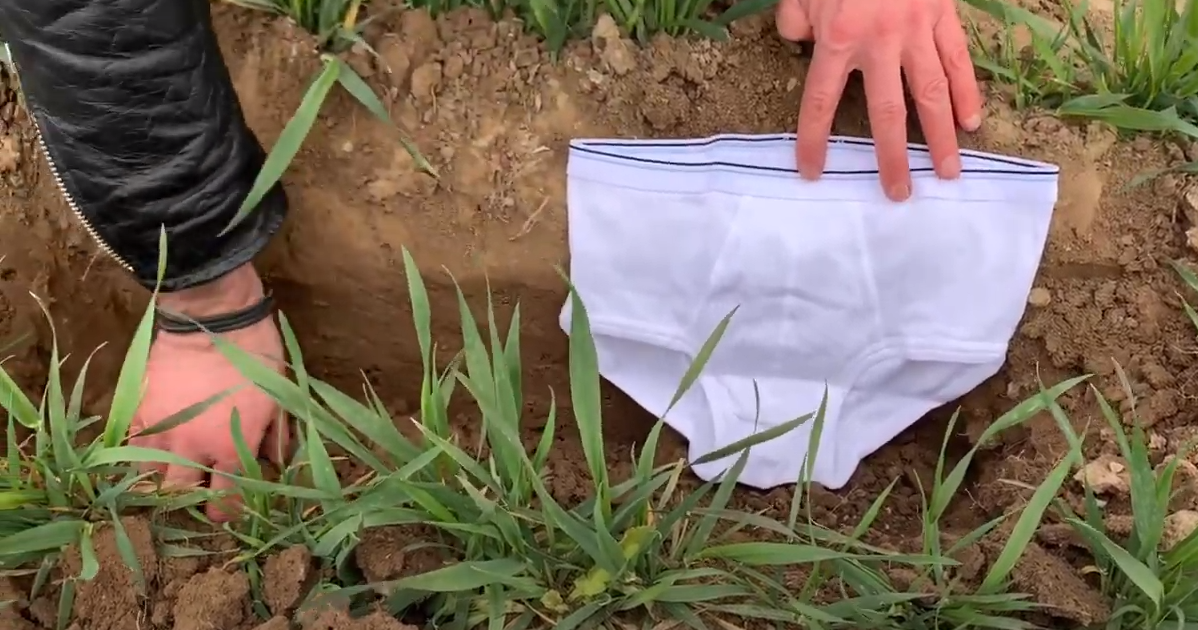 Scientists Are Burying 2000 Pairs of Underpants in Switzerland

Scientists plan to bury thousands of pairs of underwear in gardens across Switzerland to measure “soil health,” according to a report.

Researchers from the agricultural institute Agroscope will send 2,000 pairs of cotton undies to volunteers to cover in dirt for a project dubbed Proof by Underpants, according to Science Focus.

They’ll dig them up one to two months later and examine how much damage organisms — including fungi, insects, and worms — have done to the skivvies. The more holes, the healthier the soil, according to researchers.

The University of Zurich, which is contributing to the study, said the goal is to “shine a spotlight on the essential but rather unknown and fascinating universe below our feet.”

Scientists will also analyze DNA from surrounding soil to determine what kinds of organisms live there.