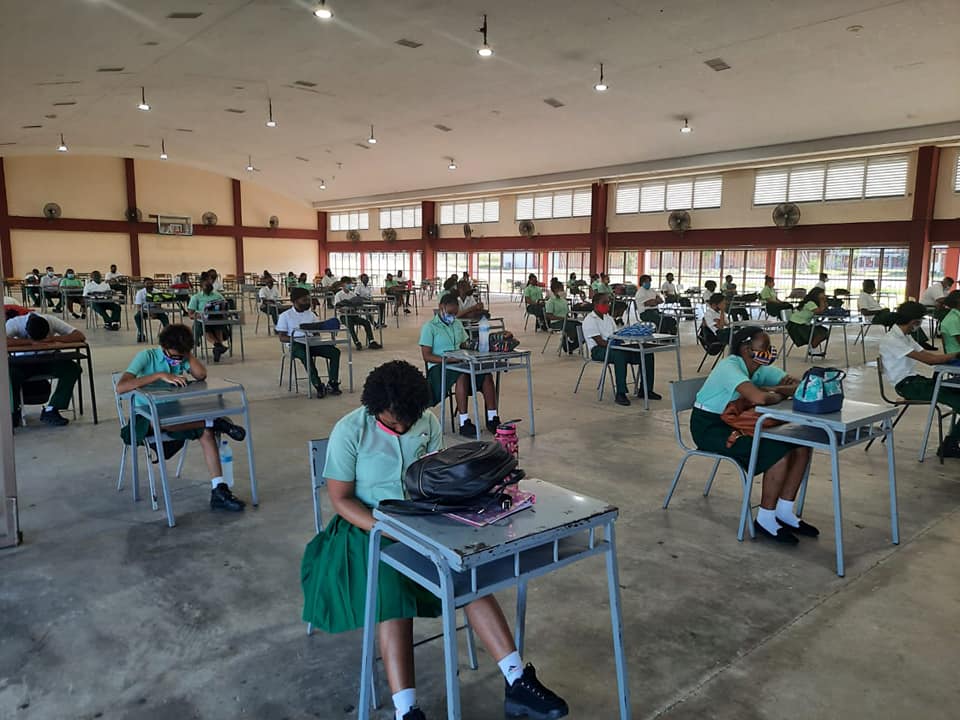 There is to be no discrimination or separation of students at school based on vaccination status.

The warning comes from Education Minister, Dr Nyan Gadsby-Dolly as secondary schools returned to physical schooling this week for all Forms.

Minister Gadsby-Dolly revealed that turnout has been on the rise and is now up to almost 15 percent of the secondary school population which numbers roughly between 85 and 90 thousand.

Dr Gadsby-Dolly told Power 102 Digital this morning that schools have been given the leeway to schedule classes in a manner which may see students not necessarily having to attend school every day of the week.

She explained that this is being allowed as schools need to maximize the use of the physical facilities while maintaining social distancing measures.

She added that schools are also allowed to separate students based on academic necessity.

However the Education Minister emphasized that there should be no consideration given to the vaccination status of students in determining schedules or seating arrangements.