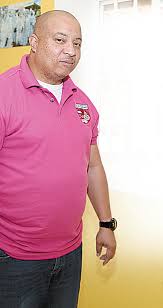 The Ministry of Education’s decision to expel the female student of Williamsville Secondary School who stabbed her schoolmate outside of the school earlier this week has divided opinion.

The Ministry however has justified its decision saying that it was taken based on the heinous nature of the action.

It noted that the incident occurred even as the student was actively receiving the support of the Student Support Services Division at school.

The Ministry in a media release yesterday said it had referred the family to the Ministry of Social Development and Family Services for intervention.

One person who has voiced disagreement with the Ministry’s decision is Derrick Sharbodie, manager of the St James Police Youth Club.

Officer Sharbodie told Power 102 Digital’s Power Breakfast Show that he does not agree with the Ministry’s decision to expel the student.

He added that that in his experience, the decision by the Ministry was the wrong move.

The Police Youth Club leader said there are too many questions which still need to be answered regarding the suspect’s situation.

He suggested that the decision to expel her had been made too hastily.

Officer Sharbodie expressed his belief that there were other more prudent and common sense approaches to be explored in dealing with the matter.

He suggested that rehabilitation and counselling would have gone a further way in having a positive impact on the suspect and turning her into a success story.

Teen held with a firearm in Pinto Road, Arima 0