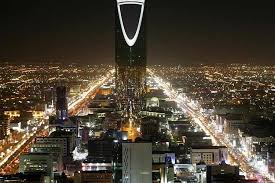 Saudi Arabia welcomed 24,000 tourists in the 10 days after it issued tourism visas for the first time, state television reported Tuesday.

Saudi Arabia announced on Sept 27 it would start offering tourist visas, opening up the kingdom to holidaymakers as part of a push to diversify its economy away from oil.

“In 10 days, some 24,000 foreigners entered Saudi Arabia on a tourist visa,” the television reported, citing the Saudi foreign ministry.

Up until Sept 27, the ultra-conservative Islamic state only issued visas to Muslim pilgrims, foreign workers and recently to spectators at sporting or cultural events.

Kickstarting tourism is one of the centrepieces of Crown Prince Mohammed bin Salman’s Vision 2030 reform programme to prepare the Arab world’s largest economy for a post-oil era.

WASA To Employ Services Of Private Contractors To Fix Leaks 0