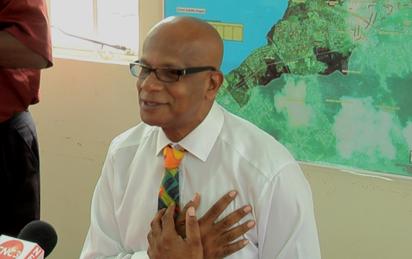 After receiving heavy criticism over his decision to restrict vending along Cross Crossing, San Fernando, Mayor Junia Regrello has changed his mind.

Vendors were looking forward to Monday’s reopening of food businesses, but Regrello had shut them down, saying he would extend restrictions until August, due to social distance challenges posed by the area.

Today, following a meeting with the corporation and the vendors, he announced that he will be allowing Cross Crossing food vendors to resume vending on Monday.

However, he warned them that any breaches of the Covid19 protocols and the curfew will result in them facing the full brunt of the law.