A 28-year-old man is currently in police custody following the discovery of a firearm and a quantity of ammunition early Saturday morning.

Upon seeing the officers, the man ran into an open field which caused the officers to chase the suspect on foot.

The suspect then removed an object from his waist and proceeded to hide it in a plant, before being subdued by officers along a track at Mt Moriah Road, San Fernando.

A search of the suspect and his immediate vicinity revealed a 45 calibre pistol outfitted with a magazine with nine rounds of 45 calibre ammunition, which was seized. 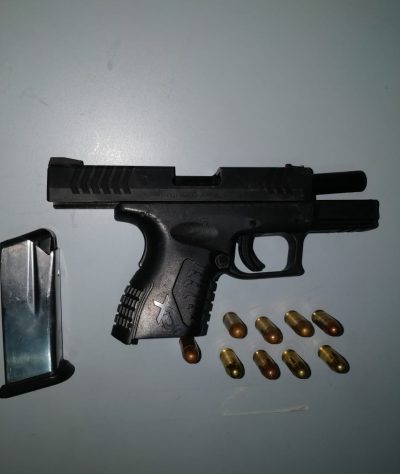