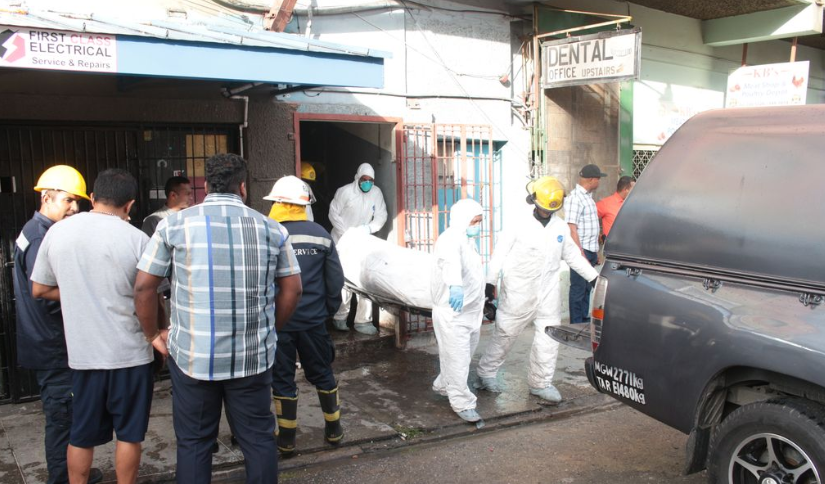 Although residents were saved from a fire that trapped them in their apartment complex yesterday afternoon, one elderly man was not so lucky.

Around 12:30p.m on Wednesday, a fire broke out at the complex located at the corner of Keate and Mucurapo Streets in San Fernando. The fire was reported to have started at the home of Allan McKenzie, who lost his life in the fire. He is believed to be around 75-80 years old.

Fire officials said they were able to evacuate everyone from the four-story building, or so they thought. When they conducted a second search, they found McKenzie lying face down in his first-floor apartment.

Sources who saw McKenzie before the blaze said he complained of feeling unwell and went home. They believe he may have collapsed in his apartment while cooking. He was last seen alive that evening.

The multi-story building housed 12 apartments and six businesses. Some of the businesses include Edge Restau­rant and Bar, an electrical service and repair store, and a bar­ber sa­loon.

Ram out, leaves election race in light of bribery charges 0