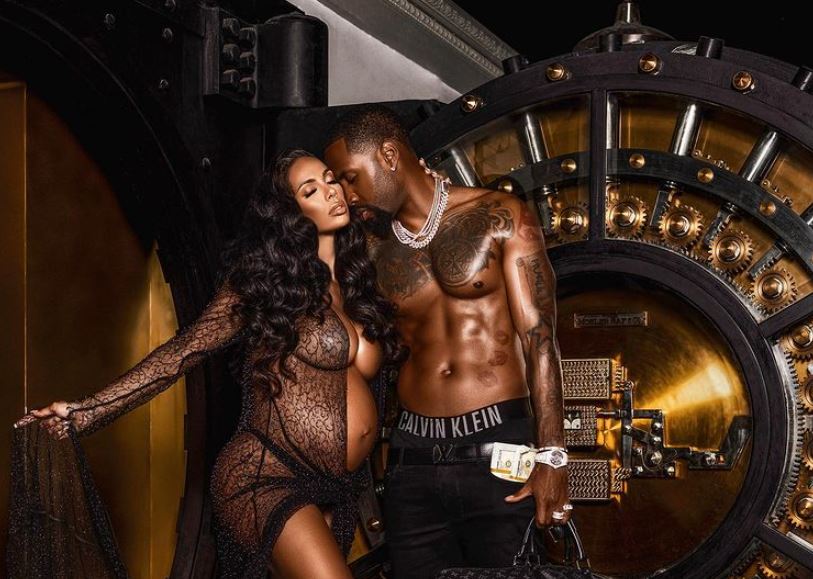 “Marriage – It’s not easy at all. But having a family of your very own makes up for it all. God I thank you for the protection and all the consistent blessings. I have been through way too much to not be as grateful as I truly am,” Mena captioned a photo of herself with Samuels on her Instagram.

The photo shows the couple standing in a pile of cash outside of a large vault. Mena has her baby bump on full display. 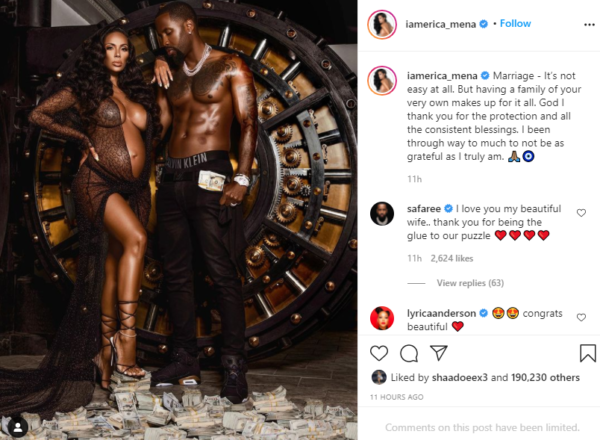 On his page, Safaree captioned his post: “Safire got a new sibling. New baby who dis ?? #2under2 time to get neutered. now I need a chef and a nanny.”

Even though they both filmed for the Love & Hip Hop franchise, the reality stars first met while filming VH1’s Scared Famous in 2017. They announced they were engaged at the end of 2018. Mena and Samuels announced their first pregnancy just days before getting married on October 7, 2019.