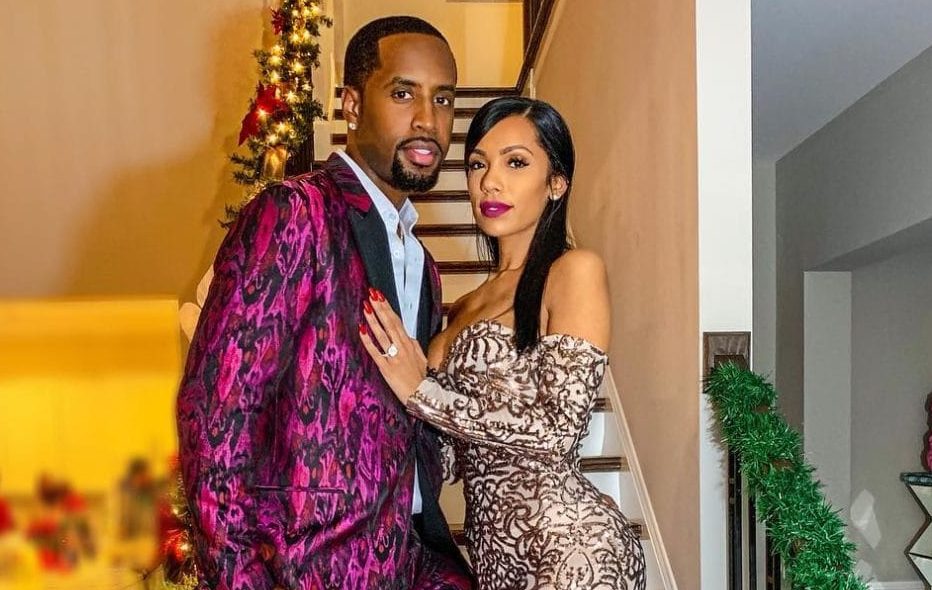 Is there trouble in ‘paradise’ for reality television stars Safaree & Erica Mena?

The two had a lavish tv wedding on VH1’s ‘Love & Hip Hop’ over a year ago and a baby…but signs on social media suggest there maybe some discourse in the union!

The rapper/songwriter, who is best known for dating Nicki Minaj, has been relegated to Love & Hip Hop status in recent years and, during the pandemic, he managed to make a killing on OnlyFans with his wife Erica Mena. Becoming two of the top-earners on the platform, it looks like they may need to transition back into their solo pages because, from the looks of things, they’re headed for a divorce.

All month, they have been rumoured to have broken up after they unfollowed each other on social media and, now, it’s looking clear that that much is true. Safaree just posted a picture flexing his Rolls-Royce on Instagram and he low-key tagged an account that could be seen as one of the pettiest moves of the year.

In the picture, Safaree tagged Divorce Court so, either the couple will be appearing on the show and this is some sort of publicity stunt, or he’s genuinely sick of Erica and working on separating from her.

As his caption, he wrote: “BACHELOR!! Ending 2020 right!!” https://www.instagram.com/p/CHLmSl4Fex5/?utm_source=ig_web_copy_link

Guns and ammunition found in Blanchisseuse 0