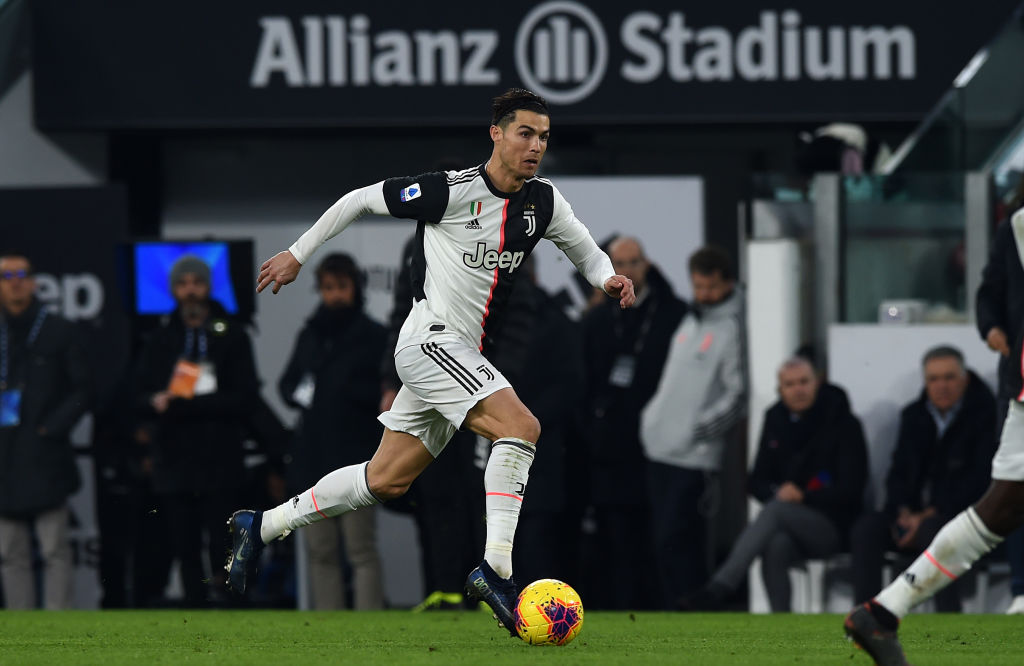 Cristiano Ronaldo scored twice as Juventus bounced back from their first defeat of the season to beat Udinese 3-1 and move top of Serie A on Sunday.

Ronaldo struck twice in the first half to make it five goals in four games as the champions move one point ahead of leaders Inter Milan ahead of their trip to off-form Fiorentina later on Sunday.

“That’s how we have to play, with confidence. Let’s see what happens now,” said Ronaldo.

Maurizio Sarri’s side had taken just one point from their last two league games, falling 3-1 to Lazio in Rome last weekend after a 2-2 draw against Sassuolo.

But Portuguese star Ronaldo tapped in a Paulo Dybala rebound after nine minutes at the Allianz Stadium, and burst through to finish off a Gonzalo Higuain cross on 36 minutes.

Leonardo Bonucci sealed the three points just before the break when he headed in from close range.

Ignacio Pussetto pulled a goal back for 17th-placed Udinese four minutes into injury time with his close range effort beating Gianluigi Buffon in the Juventus goal.

Juventus play their final Serie A game before the winter break at Sampdoria on Wednesday, with a rematch against Lazio in the Italian Super Cup in Saudi Arabia next weekend.

“It is the first time after a Champions League match that we managed to attack the game well,” said Sarri.

“We played very well for 60 minutes.”

oma move up to fourth and into the Champions League places after three second-half goals sealed a 3-1 win over rock bottom SPAL.

Andrea Petagna had put SPAL ahead from the spot just before the break after Aleksandar Kolarov clumsily brought down Thiago Cionek in the box.

But Lorenzo Pellegrini pulled the hosts level eight minutes after the interval with a shot that took a deflection off Nenad Tomovic.

Roma are one point behind third-placed city rivals Lazio, who play fifth-placed Cagliari on Monday.

Napoli drop to eighth – 11 points off the top four – after last season’s runners-up lost 2-1 to Parma on Saturday.