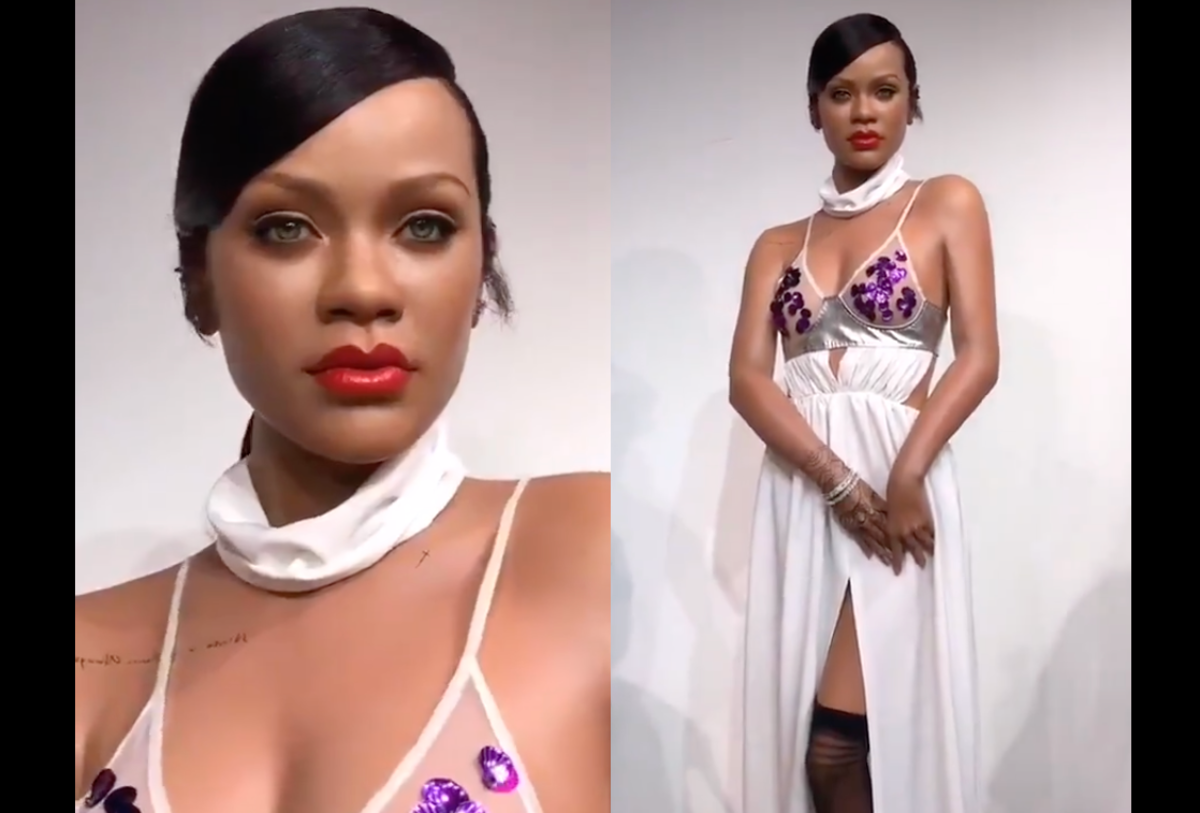 It seems like the obsession with Caribbean superstar Rihanna, has gone a notch further, that now fans can take her home? Well, a new life-size “doll” of the pop superstar is for sale on the popular Chinese website Alibaba..

However, because the doll is reportedly anatomically correct – many are referring to the doll as a “love” doll. And the doll is moving like hot cakes in Asia. According to one Chinese website, thousands of copies of the doll have already been sold across China.

The doll, which retails at over $2,000 – comes with a couple of sexy outfits.

Here’s a pic showing just how life-life the doll is.

Her accolades include nine Grammy Awards, 13 American Music Awards, 12 Billboard Music Awards, and six Guinness World Records. Forbes ranked her among the top ten highest-paid celebrities in 2012 and 2014; as of 2019, she is the wealthiest female musician, with an estimated net worth of $600 million. Time magazine named her as one of the 100 most influential people in the world in 2012 and 2018.