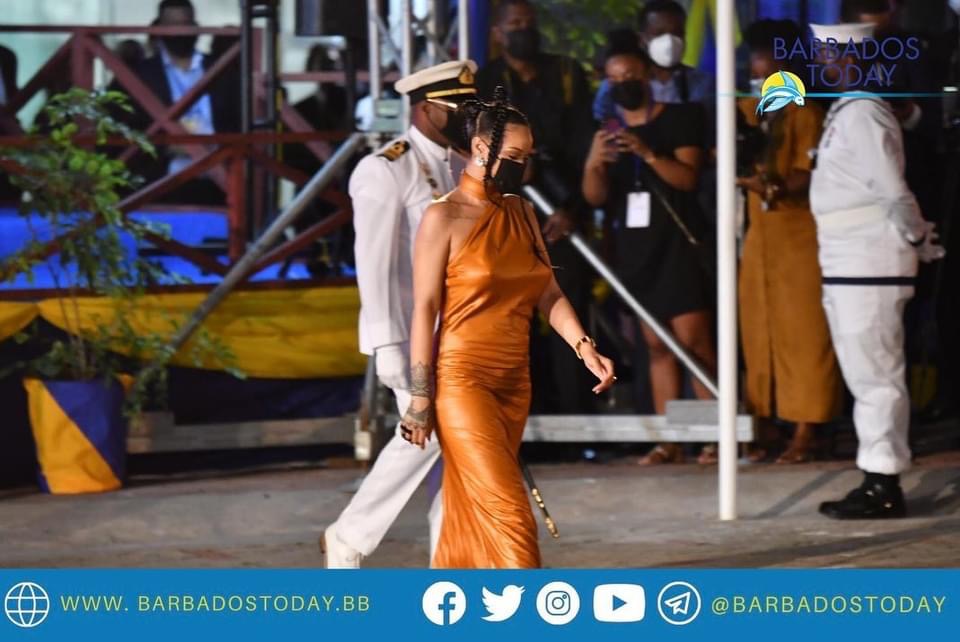 Barbados is no longer under the reins of Britain’s Queen Elizabeth as head of state, forging a new republic on Tuesday with its first-ever President and severing its last remaining colonial bonds nearly 400 years after the first English ships arrived at the Caribbean island.

Barbados’s new republic status, was born to the cheers of hundreds of people lining Chamberlain Bridge in the capital, Bridgetown.

A 21 gun salute fired as the national anthem of Barbados was played over a crowded Heroes Square.

Prince Charles, heir to the British throne, stood as Queen Elizabeth’s royal standard was lowered and the new Barbados declared, a step which republicans hope will spur discussion of similar proposals in other former British colonies that have the Queen as their sovereign. 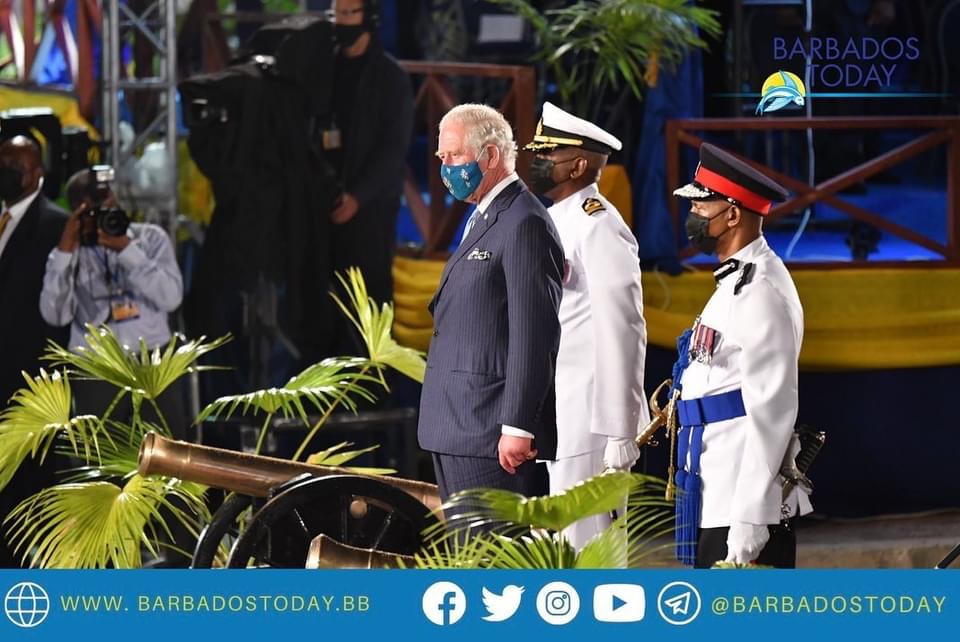 The singer, 33, who was appointed Ambassador Extraordinary & Plenipotentiary by the Barbadian government in 2018, has been conferred the Order of National Hero of Barbados.

Prime Minister Mia Mottley told a Rihanna “may you continue to shine like a diamond and bring honour to your nation by your works, by your actions,” a reference to her 2012 chart-topping single Diamonds. 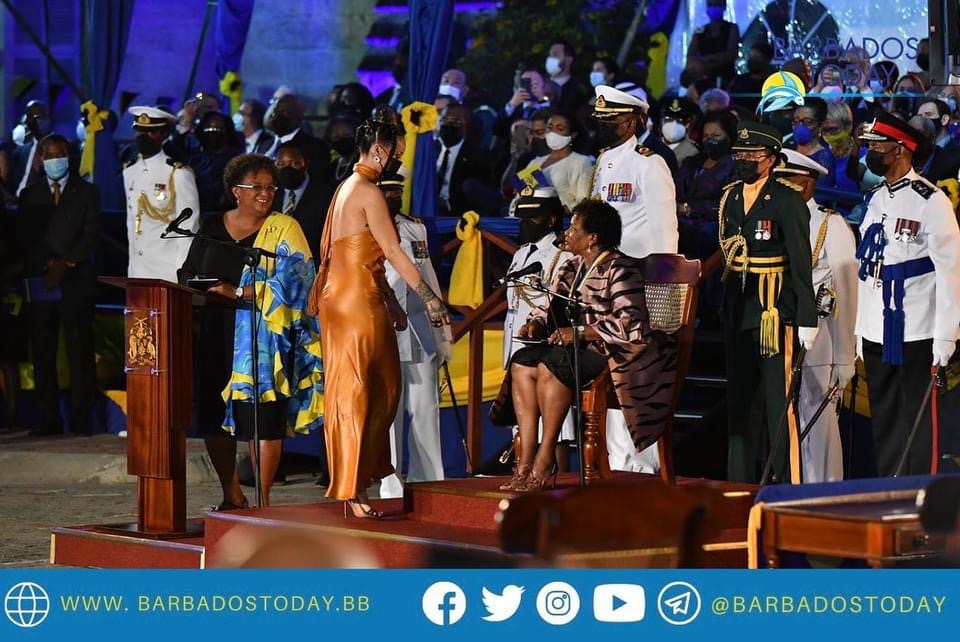 Sandra Mason was sworn in as Barbados’s first president in the shadow of Barbados’s parliament. 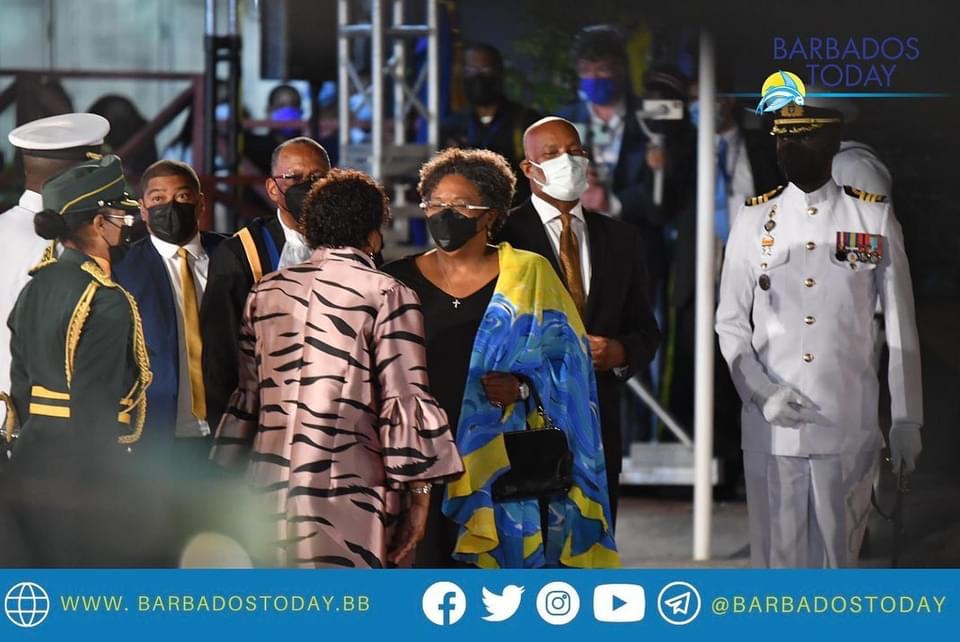 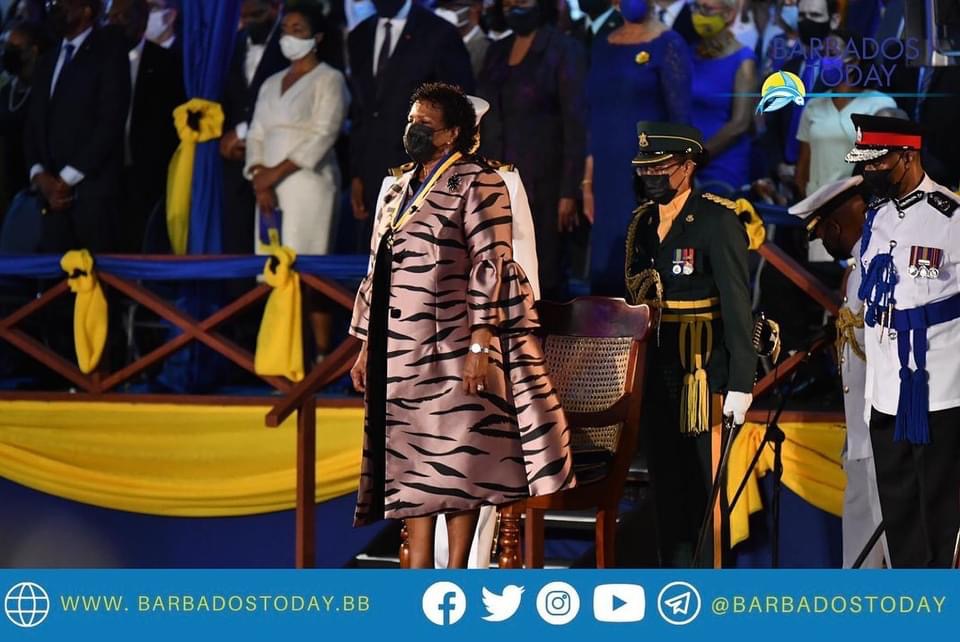